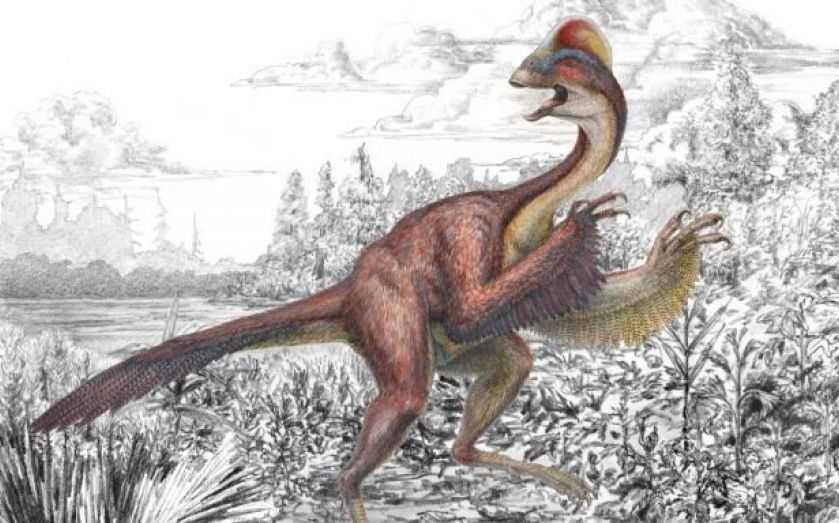 It wasn't just the impact of an asteroid thundering down to Earth that wiped dinosaurs off the face of the planet: their extinction was the result of a longer chain of events, according to new research.
There are several theories about how the prehistoric creatures met their abrupt end 66 million years ago, but the one most widely accepted by palaeontologists is that a 10km-wide meteorite struck what is now Mexico and created a deep crater in the ground.
How the meteorite-induced extinction manifested after the collision, however, remains uncertain. Some believe that there was a long, unnatural drop in the Earth's atmospheric temperature, while others think that it came in the form of an unsurvivable heat wave.
But evidence collected by scientists at the University of Edinburgh has built a new narrative of the beasts' demise. By studying a catalogue of dinosaur fossils from across the world, they were able to build up a picture of how their circumstances changed during the few million years prior to the asteroid hitting.
The results of the study, published in Biological Reviews, suggest that other natural events had to take place before the asteroid struck in order for it to take its toll on the dinosaurs. They show that the Earth had already been enduring an environmental upheaval for a significant period before the asteroid struck, with volcanic activity, changing sea levels and varying temperatures all contributing to a testing time for the struggling dinos.
This would have led to a lack of diversity among the large plant-eating ones, and as a result the carnivorous ones that fed on them would also have suffered.
Such a weakening of the dinosaur food chain would have rendered them much more vulnerable to the impact of the incoming asteroid, whose resulting tsunamis, earthquakes, wildfires and sudden temperature changes would have killed them off much more easily than if they had been in a stable state to begin with.
Dr Steve Brusatte, one of the lead researchers in the study, suggests that if the asteroid had struck a few million years earlier, when the range of dinosaur species was more diverse and food chains were more robust, or later, when new species had time to evolve, then they very likely would have survived.
"The dinosaurs were victims of colossal bad luck. Not only did a giant asteroid strike, but it happened at the worst possible time, when their ecosystems were vulnerable. Our new findings help clarify one of the enduring mysteries of science," he says.