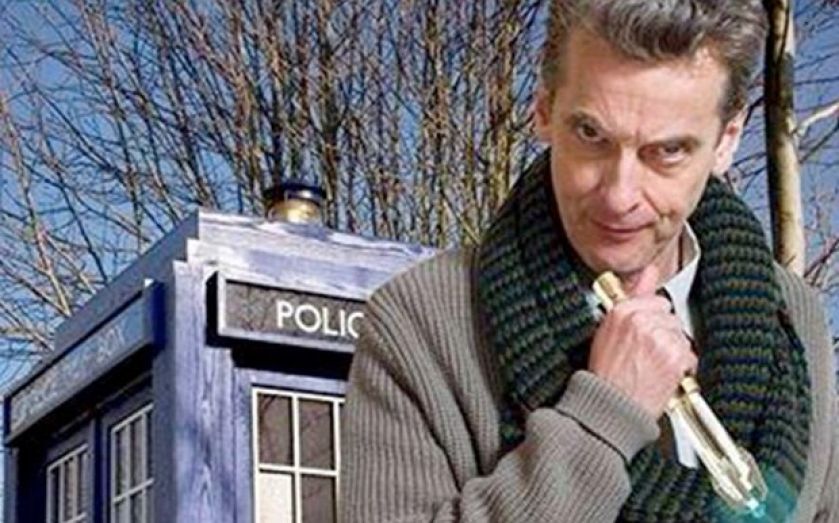 Look who’s back. Tomorrow night Peter Capaldi, formerly swear-master Malcolm Tucker from The Thick of It, takes his place at the Tardis console.

What makes Doctor Who so enduring? It’s thirty years since it made me cower behind my childhood sofa, but after its bold regeneration in 2005, this bizarre TV series seems like its irrepressible hero, as full of life as ever.

Attention deservedly focuses on the showrunners and actors bringing New Who to life. But that can’t be the whole story. The show’s ability to survive the departure of any particular talent – even to return from the brink of oblivion – suggests the strength of the format itself is a large part of what keeps drawing us back.

The attraction begins with Who’s ability to reach across generations. Sometimes called a show for children, it is actually family entertainment. Quality television has become synonymous with adult themes – think Breaking Bad or True Detective – but Who is thrilling and silly enough for the young, and still thought-provoking, dark and original enough for adults. Like The Simpsons or a Pixar movie, at its best the show can grow up with its audience.

That’s helped by its wiring as a tale of time travel and alien technology. Science fiction is by design a literature of ideas. Kingsley Amis declared in New Maps of Hell, his survey of the genre, that sci-fi’s most important use “is a means of dramatising social inquiry”.

Who lives up to that mission, providing a public space where the nation interrogates hard questions. Behind the monsters of the week and timey-wimey plotting, big issues have always lurked in the shadows. The Daleks of the 1960s were fascists; in 2005, religious extremists. In 1972, The Curse of Peladon allegorised the merits of joining the EEC. In 1988, The Happiness Patrol expressed national unease at rave culture and notoriously modelled its villain’s mannerisms on Margaret Thatcher.

But the politics of Who have never been simple. Even the most didactic episodes usually rise above the partisan to address more lasting themes. The twin-hearted Who remains beyond left and right. The anti-corporate, eco-fable Green Death exists alongside Invasion of the Dinosaurs, with genocidal greens intent on destroying London in pursuit of a purer life in the distant past.

That inability to put Who in a neat box, red or blue, may be its most original element. Who is distinguished not by alliance to any party line but a spirit of freedom. As Marshal Chedaki, military leader of the alien Kraals, notes with disgust in Android Invasion, “the data that was drained from the girl shows the Doctor’s long association with libertarian causes. His entire history is one of opposition to conquest”.

The Doctor endures as a hero without a gun or a plan, following his own eccentric course. Armed with a sonic screwdriver and bottomless ingenuity, he runs toward human need, determined to find a peaceful solution. Neither neocon nor statist nanny, the Doctor is the unexpected hero our commercial civilisation continues to need.