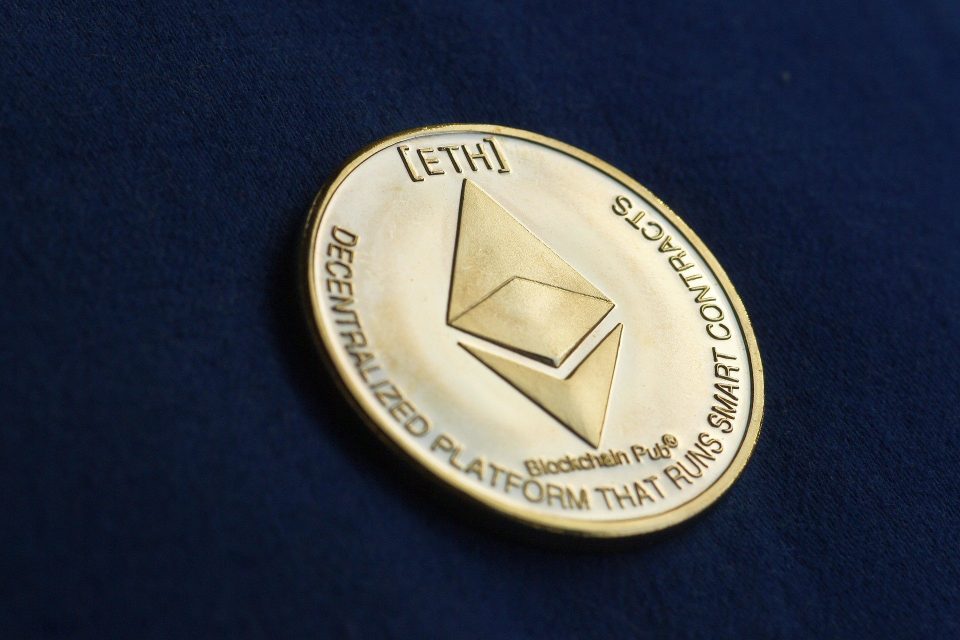 Data by CryptoCompare shows that the Bitcoin price reached $61,749, setting a new all-time high, on March 13.

With Bitcoin remaining in consolidation mode throughout the week, altcoins had room to breathe, with some traders and investors taking some profits from their BTC holdings and putting this money into altcoins in an attempt to seek bigger gains.

On Tuesday (March 30), PayPal Holdings Inc (NASDAQ: PYPL) announced a new “Checkout with Crypto” feature that allows customers in the US to pay with crypto for goods and services at millions of online businesses.

Customers are allowed to choose which of their crypto holdings (held by PayPal) gets converted to fiat currency at checkout.

Dan Schulman, president and CEO at PayPal, had this to say: “As the use of digital payments and digital currencies accelerates, the introduction of Checkout with Crypto continues our focus on driving mainstream adoption of cryptocurrencies, while continuing to offer PayPal customers choice and flexibility in the ways they can pay using the PayPal wallet.

“Enabling cryptocurrencies to make purchases at businesses around the world is the next chapter in driving the ubiquity and mass acceptance of digital currencies.”

The benefit for merchants is that they do not have to implement any special integrations or pay any extra fees. Transactions are settled in US dollars and then converted (if necessary) to the relevant local fiat currency for the business.

Destined to be disrupted

Crypto exchange OKEx CEO Jay Hao commented on Twitter about PayPal’s upcoming announcement: “The entire financial system has been destined to be disrupted and transformed since the day the genesis block of #Bitcoin was mined. Crypto adoption is coming.”

Also on Tuesday, the world’s leading derivatives marketplace CME Group announced that it plans to launch a new Bitcoin futures product on May 3 (subject to regulatory approval).

According to CME’s press release, Micro Bitcoin futures will be 1/10 the size of one Bitcoin (BTC). This smaller-sized contract will “provide market participants – from institutions to sophisticated, active, individual traders – with one more tool to hedge their spot Bitcoin price risk or execute Bitcoin trading strategies in an efficient, cost-effective way, all while retaining the features and benefits of CME Group’s standard Bitcoin futures.”

Tim McCourt, CME Group Global Head of Equity Index and Alternative Investment Products, explained: “Since the launch of our Bitcoin futures contract in 2017, we have seen steady, ongoing growth of liquidity and market participation in our crypto derivatives, especially among institutional traders.

“The introduction of Micro Bitcoin futures responds directly to demand for smaller-sized contracts from a broad array of clients and will offer even more choice and precision in how participants can trade regulated Bitcoin futures in a transparent and efficient manner at CME Group.”

One more thing that happened on Tuesday was that Kraken Co-Founder and CEO Jesse Powell talked about Bitcoin and the upcoming Coinbase IPO during an interview with Emily Chang on “Bloomberg Technology” (a daily show on Bloomberg TV).

With regard to Bitcoin, Chang reminded Powell that during their last conversation, he had said the price of Bitcoin is going to infinity. This time, Chang wanted to pin him to a specific price that Powell expected to see by the end of this year.

On Wednesday (March 31), CNBC reported that, according to Mary Catherine Rich, who was recently named the global head of the new Digital Assets Group within Goldman Sachs’ private wealth management division, Goldman plans to offer investments in Bitcoin and some other crypto assets in Q2 2021.

Later that day, Billionaire investor Mike Novogratz, the founder and CEO of Galaxy Digital, shared his latest thoughts on Bitcoin during an interview on CNBC’s “Squawk Box” (at a time when Bitcoin was trading around $58,121).

When asked by co-anchor Andrew Ross Sorkin how far the price of Bitcoin could go, Novogratz said: “At the beginning of the year, I thought 60,000 was my target because that would have been 10% of gold, but I told myself and… our investors that once it gets to 10%, we’re all going to say ‘it’s going to 20%’ and then when it gets to 20%, it’s going to go to 50, and then to a hundred.

“I do think Bitcoin is on an inevitable path to have the same market cap and a higher market cap as gold, and so it’s just how fast adoption happens. Adoption’s happening faster than I had predicted.

“It’s shocking to me how fast people are moving into the system and how short people are… because once you decide it’s an asset class, if you’re not long, you’re short, and most people don’t have Bitcoin in their portfolio yet and they want to at least have something.”

Novogratz was asked by Squawk Box co-anchor if the news about Goldman Sachs’ plans to offer Bitcoin-related investments to the clients of its private wealth management division meant that it was less likely for Bitcoin to get banned in the US.

He replied: “The more people involved in the space, the more big firms, if it’s Tesla or MicroStrategy or Goldman or Morgan Stanley, the more wealthy individuals, the harder it is politically to say ‘hey, we don’t like this anymore’, right?

“And so, I think we’ve already crossed the Rubicon. There are 34 million Americans that own Bitcoin, a lot more single issue voters. I think it would be politically really unpopular to do something that’s gonna hurt all that wealth.”

On Thursday (April 1), CNBC reported that billionaire investor and entrepreneur Mark Cuban, the majority owner of the professional basketball team Dallas Mavericks, as well as one of the “sharks” on the highly popular reality show “Shark Tank”, had talked about Bitcoin and Ethereum during an episode of the “Delphi Podcast” that was released on March 25.

He had this to say about Ethereum: “With Ethereum… it’s changing. It’s adaptable over time, and you’re seeing that going to 2.0. And you know, 1559, and all these Ethereum improvement proposals.

“That is more lifelike, and so I have a lot of Ethereum as well. I wish I had bought it sooner, but I started buying it four years ago, simply because I think it’s as close as we have to a true currency.”

As for the breakdown of his crypto portfolio, he said that 60% is allocated to Bitcoin, 30% to Ethereum, and 10% to other cryptoassets (eg Aave).

Since this was the first time that Cuban had spoken so strongly in favour of Ethereum, many in the crypto community believe that his comments are partly responsible for Ethereum’s subsequent price surge, surpassing the $2,100 level for the first time to hit $2,144 and establish a new all-time high.