As Citi predicts UK inflation will strike a forbidding 18.6% in early 2023, investors are rushing to rebalance their portfolios away from unsustainable growth towards the best UK shares, including FRP Advisory Group, QinetiQ, and Phoenix Group.

With interest rates rising with the risk of corporate defaults, the twin signposts of liquidity and debt are reversing roles.

Where previously a large cash pile indicated a lacklustre management team short of the imagination to expand, the same cash is becoming critical for UK companies to weather the oncoming storm.

Likewise, when borrowing was close to free, a sizeable debt pile was often a strong sign for future growth. Now, debt is a liability that could see previously well-run companies hit the wall.

Arguably, Cineworld’s share price collapse is a direct result of its £5 billion debt pile, much of it accumulated during the covid-19 pandemic. And with pressures increasing, it will be the first of many.

In every recessionary market, the opportunity to pick up shares in oversold growth companies can be extremely attractive. But while bull markets allow for some speculative investment, now a growth stock must possess a demonstrably better product or service, proved by concrete current financials.

FRP Advisory launched its Initial Public Offering on 6 March 2020, coinciding with the covid-19 pandemic crash. What would have been an unmitigated disaster for most was a fortuitous moment for FRP by dint of its sector; at 164p today, its shares have more than doubled since the IPO.

The current investment case is simple. The smaller enterprises that work with FRP Advisory are prime candidates for financial problems in the current downturn. Recession is predicted for Q4, and the Bank of England expects it to last until the start of 2024.

Smaller companies have pandemic era bounce back loans, soaring inflation, reduced consumer discretionary income, and in some cases, apocalyptic energy bills to contend with, as businesses are not protected by the consumer price cap.

The £400 million company has increased revenue each year for the past four years, with revenue up 21% year-over-year to £95.2 million in fiscal 2022. It also holds a net cash position of £18.1 million and an undrawn RCF of £10 million.

Key risk: Its price-to-earnings ratio of 31, which some will find overpriced despite the positive trajectory. 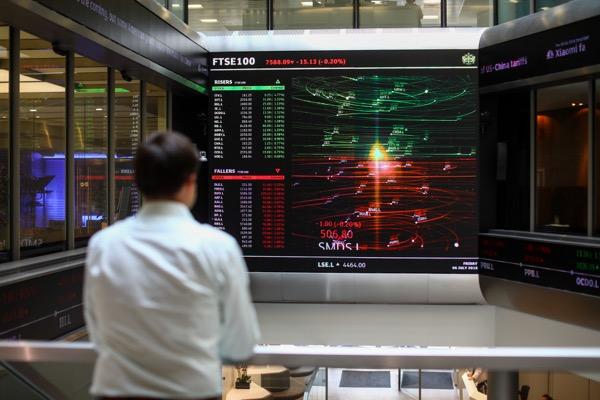 Up 6.2% over the past year to 662p per share, £6.6 billion FTSE 100 Phoenix Group is the UK’s largest long-term savings and retirement business. Phoenix now has 13 million customers and manages £269 billion of assets.

Closed life businesses in the UK have around £480 billion in assets, comprising millions of policies across dozens of firms. Administering £125 billion of assets, Phoenix is already the market leader in this sector.

Further, with its recent £248 million purchase of Sun Life of Canada UK, it’s looking for more growth. As smaller firms come under pressure, this strategy could pay handsomely in the long term.

In recent half-year results, Phoenix delivered record first half cash generation of £950 million, and maintained its resilient Solvency II capital position with a SII surplus of £4.7 billion. Further, it has increased its Shareholder Capital Coverage Ratio to an impressive 186%.

Importantly, it also hedges its business against inflation; a shrewd move given the times. Accordingly, it reported that the current inflationary pressure will have no material financial impact.

Most impressively, Phoenix saw record first half new business long-term cash generation of £430 million, more than double the £206 million generated in the same half last year.

What could make Phoenix Group one of the best UK shares to buy is its healthy and sustainable dividend policy, having maintained or increased its dividend every year for over a decade. Half-year results saw its dividend increase by 3% to 24.8p, and it’s now operating on a 7.6% yield, far above the FTSE 100 average.

QinetiQ shares could be a strong UK stock to buy in September. One of the UK’s largest defence contractors, its shares have soared by 40% since Russia invaded Ukraine, from 255p on 23 February to 358p today.

There could be significant scope for this FTSE 250 stock to go further. NATO members, including the UK, are likely gearing up to ramp up defence spending in response to growing geopolitical threats from Russia, and to some extent, China.

UK PM favourite Liz Truss has already pledged to increase defence spending to 3% of GDP by 2030. This will be key to QinetiQ, as it derives 73% of its revenue from the UK.

Secondary markets are also on the move. Germany has approved a €100 billion fund to modernise its armed forces, while Australia plans to increase its defence budget by 7% a year in real terms for the next three years.

Meanwhile, the 2023 US defence budget is likely to rise by 4% to $773 billion, a positive development given QinetiQ’s proposed $590 million purchase of Avantus Federal LLC, ‘a leading provider of mission-focused cyber, data analytics and software development solutions to the US Department of Defense.’

Encouragingly, the sectors QinetiQ focuses on are likely to see disproportionately higher funding. It’s even strategising to increase revenue by 75% over the next five years.

And crucially, it has a healthy net cash position of £225 million.

Key risk: QinetiQ has a dividend yield of just 2%. While this is normal for a growing company, overreliance on capital growth can be risky if cash-strapped governments are forced to restrict increased defence spending.