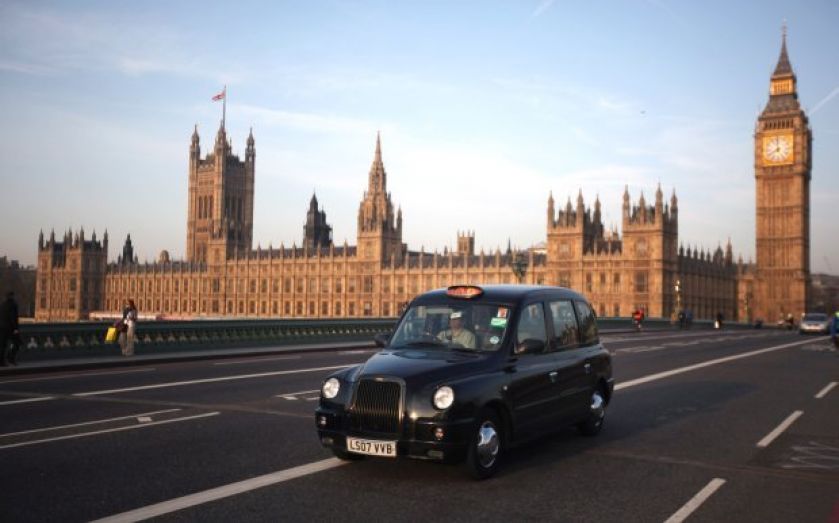 Black-cab drivers are taking to the streets of London this afternoon in protest against Transport for London (TfL) and taxi app start up Uber (here's why, if you haven't been keeping up).

In the battle of old vs new, tradition vs disrupters, which taxi services actually offer the best fare for you?

Well, it depends, but here’s how they compete on fares on typical journeys through London.

Black cabs are cheaper for short journeys (sort of)

Fares for taxis in London are calculated by meters on the journey. TfL provides typical fare range information.

No traffic from the City to Canary Wharf? A black cab is the cheaper based on the lowest estimate of £8.60. Total gridlock? That’ll cost you £13.80, based on the highest estimate.

Based on TfL's highest fare estimates, UberX trumps Black cabs and other taxi apps on the short journey as well as the trip to Heathrow.

Given that a black cab fare to Heathrow could cost anywhere from £45 to over £85, the certainty of a fixed fare quote from UberX is no doubt a draw for customers. Though let’s not forget that Uber’s surge pricing could mean a higher, if specific quote at other times.

Why are most of the fares the same?

Four start ups are shaking up the established taxi industry in London: Uber, Hailo, Get Taxi and Kabbee.

Fares offered by three of these four start ups are the same as black cabs- the apps merely offer an easier way to find and book the black cab.

In addition to black cab booking, Uber also offers three of its own car services. Kabbee also offers a find and book service but for mini cabs rather than black cabs.

Chart notes: All fares are based on the quote provided by each app or the TfL estimated fare on a weekday morning.