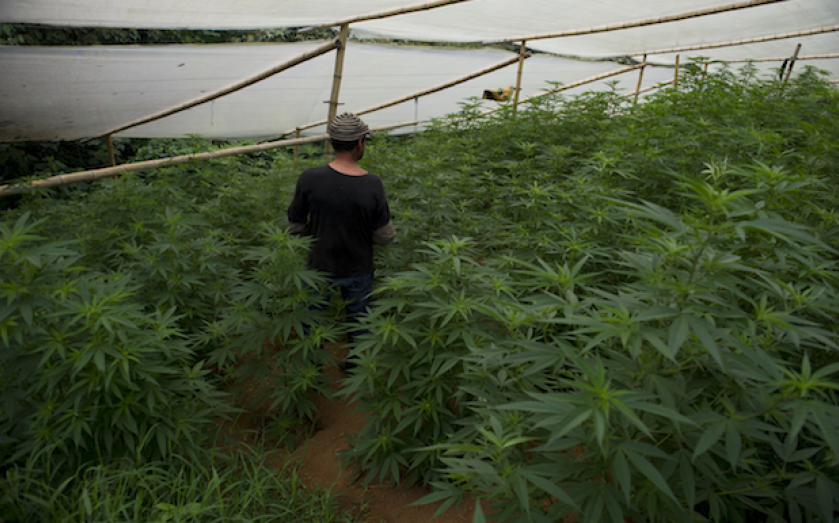 As representaives from countries around the world prepare to meet in Vienna to discuss how to tackle the $320bn (£192bn) drug trade, the executive director of the United Nations Office on Drugs and Crime (UNODC) has defended the current system of drug control.

I would not say the international drug control system is falling apart.

I would not describe the current situation with drug control as a war.

When asked about countries such as Uruguay's decision to legalise the sale of marijuana, Fedotov responded:

I have doubts about that personally.

The most serious thing about cannabis is that it is a gateway drug… Polls show users start to move towards more dangerous substances.

Fedetov's claim that marijuana is a gateway drug is highly questionable. In the US most marijuana users have never used another drug and of those who do the vast majority do not fall into addiction.

While Fedetov remains highly sceptical of significant changes to the current drugs policy, the international community is increasingly divided on whether to approach drugs through a criminal, health or commercial perspective.

Countries such as Guatemala and Holland have already legalised marijuana for recreational use, along with two US states. Portugal decriminalised drugs over a decade ago. Many observers will be mystified by Fedotov's claim that the current policy does not amount to a war on drugs.

In 2011, the number of people under correctional supervision for drug related offences in the US reached 1.5m. Since Mexico's former President Felipe Calderon began an assault on drug cartels in 2006, over 50,000 people have died in shootings bombings and murders. The trafficking of drugs from South America to the US alone is worth an estimated $13bn.

Yet for all the efforts to restrict the supply of drugs, illegal substances are for the most part cheaper and more readily available to vast numbers of the world's population. The UNODC estimates that globally in 2011 up to 315m people had used an illicit drug in the previous 12 months.

Over the last twenty years, the price of drugs has dramatically declined and purity has increased, despite greater levels of interdiction than at any point in history, according to a report released last year by the International Centre for Science in Drug Policy (ICSDP).

The ICSDP cites the price declines in Europe of 51 per cent for cocaine and 74 per cent for heroin between the years 1990 and 2010, as evidence of the abject failure of law enforcement officials to restrict the supply of drugs.

The authors of the report suggest that problems related to recreational drug use should be treated as a public health issue instead of a matter for the criminal justice system.

The report was published in the British Medical Journal Open and drew its evidence from seven international drug surveillance systems.

These findings suggest that expanding efforts at controlling the global illegal drug market through law enforcement are failing.