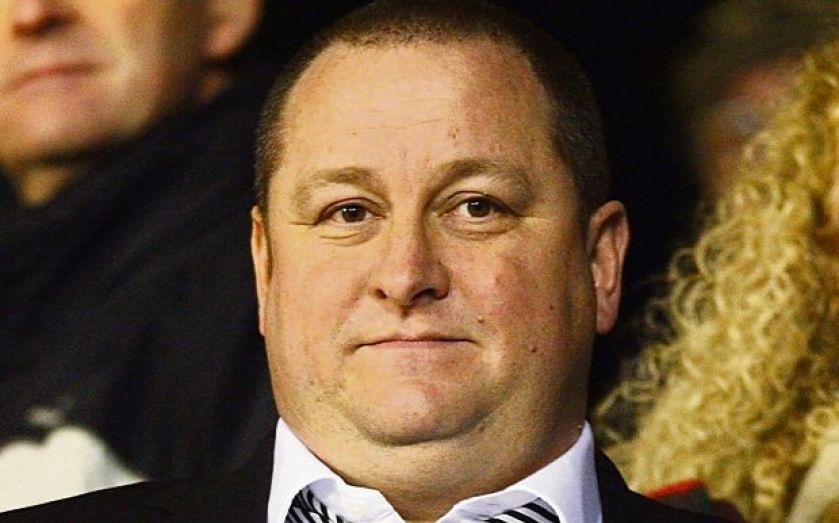 Mike Ashley's Sports Direct has taken a punt on Tesco by entering into a put option agreement with Goldman Sachs. But what exactly is a put option and how is he using it to make money?
In short, Sports Direct is selling the option to Goldman, meaning that if the share price goes up, the value of the option will fall and Sports Direct will be paid a premium.
But if the price goes down, the value of the put option increases and the retailer will have to buy back shares at a higher (“exercise”) price.
The deal – for 23 million shares, equivalent to 0.28 per cent of Tesco's issued equity – means that if Tesco shares become worthless, Ashley could wind up paying around £43m, whereas the most he can make is the premium Goldman will pay out.
Analyst Nick Bubb this morning described it as "a typically complicated" arrangement, adding "the great man has tried to call the bottom in the Tesco share price".
As analyst Louise Cooper explains, this risky strategy does make sense:

He could have just bought a wodge of Tesco stock in the market (as he did with Debenhams in January this year).  But it would have cost him around £46mn to buy the 23mn share exposure that he has done using options instead.

What we don't know is the length of the option – how many months or years the contract lasts – and we don't know the exercise price either.

This is the second time this year that Ashley has old a put option on a retailer, though the first time he did that – with department store Debenhams, which has been having its own set of troubles – he initially took a 4.63 per cent stake which he then sold and converted into a put.
However that bet doesn't look to have played out too well so far as Debenhams' share price has fallen throughout the year. It will report results in October.
Arguably more profitable for Ashley has been his investment in House of Fraser, which came just before the department store was sold off to Chinese investors, who plan to plough money into the business and expand it internationally.
Though, as Cooper points out:

This once again shows that when you buy shares in Sports Direct, you are not just buying a retailer.  You are buying Mike Ashley and with that comes his quirks. He is a trader, a wheeler dealer.

For many fund managers, this will not be what they want to buy in SPD [Sports Direct].  They want to buy a fast growing sportswear retailer and not a proprietary trader.  Fund managers can buy shares in investment banks if they want exposure to that sort of business.

But as Mike Ashley owns almost 58% of SPD then he can continue to treat it like his personal business. He has voting control.  Other shareholders are along for the ride.  And to be fair to Mr Ashley, he has a gift for making both them and him money:

However, he also has a gift for winding up his shareholders…
So how are Tesco and Sports Direct's share prices been trading today?
Well in late morning Tesco was down (again) by 0.8 per cent, while Sports Direct shares had also fallen 0.5 per cent.
Let's hope that option has some time to play out.