What If...? episode 7 review: Meet The Party Prince 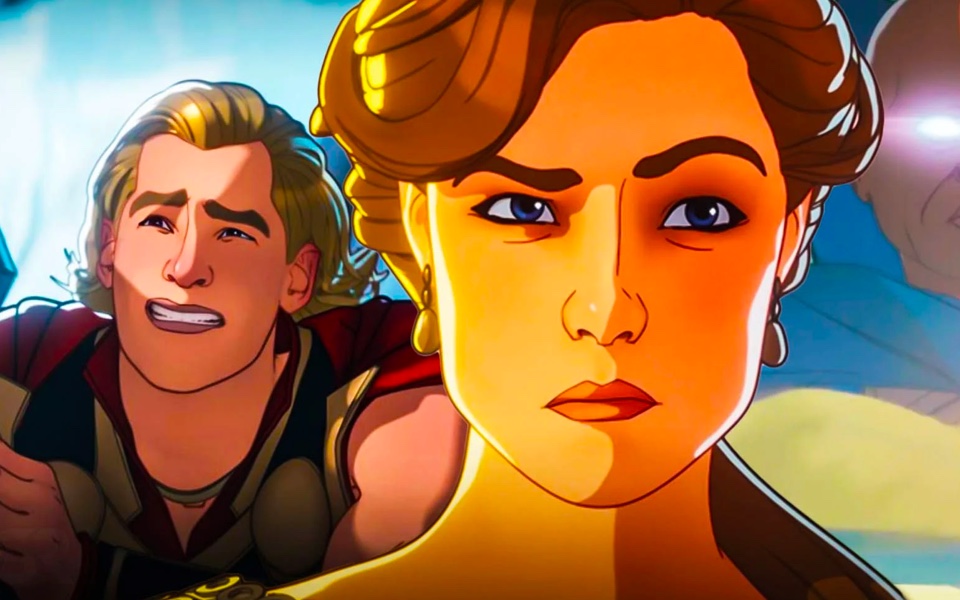 Three episodes to go, and while Marvel’s What If…? has got everyone talking, the episodes have been tough at times. This format has been used to explore darker timelines, and jokes about “The Many Deaths of Tony Stark” have already begun circulating online. However, this week are looking at something with a lighter touch.

This week asks the question: What If… Thor Was An Only Child? The episode begins in a similar vein to the first Thor movie, with Dr. Jane Foster (Natalie Portman) and Darcy Lewis (Kate Dennings) having their quiet desert observation interrupted by what they perceive as an alien invasion. In fact, it’s Thor (Chris Hemsworth), beaming down to a crowded city where The God of Thunder introduces himself as “The Partaaaay Prince”.

A small gripe to start with: why do Jane or Darcy look nothing like the actors that play them? It’s somewhat understandable for actors who didn’t return (Liv Tyler as Betty Ross, for example), but shouldn’t the star voices have faces to match? This bothered me a lot more than it should have.

The Watcher (Jeffrey Wright) presents an interesting concept – what is Thor without Loki? In this reality, Odin found Loki, but gave him back to his people in Yodenheim. “Without his trickster brother to keep things, let’s say, lively, Thor grew into a very different Prince” our narrator tells us. An essential part to a superhero movie is its villain – what is The Dark Knight without The Joker? The  best Marvel movies are the ones with memorable foes, because there’s only so much you can do with a suit and a tragic origin story.

Back to the story. Instead of crashing to Earth powerless, Thor arrives to start a party. Odin has taken his long rest and while the king’s away, the Party Prince will play. He’s brought lot of aliens with him, including Skrulls, Nebula (Karen Gillan), Grandmaster (Jeff Goldblum) and Howard The Duck (Seth Green). While there haven’t been any dull vocal performances, Hemsworth is particularly joyful as he banters with the crowd. Jane meets Thor with a list of questions that ends up with them getting tattoos, while Darcy goes for a “not a date” drink with Howard which results in an Elvis wedding.

Jane wakes with a hangover and a knock on the door from SHIELD’s Acting Director Maria Hill (Cobie Smoulders). They reveal Thor’s party atmosphere is spreading across the globe, causing mass damage. Hill believes Thor must be stopped, and sends the signal to Captain Marvel. In Paris, there’s an adorable moment where Loki appears as a Frost Giant and is still evidently very close to Thor, albeit in a friendlier way. This bromance is interrupted by Captain Marvel (Brie Larson), here to stop him. A fight ensues, with the pair trading blows across the globe, but Cap can’t use the full extent of her powers for fear of collateral damage, and so is stopped by Thor.

There’s an interesting amount of subtext in a lot of the dialogue, that seems to be a message to Marvel’s more toxic fans. Little references, such as Thor telling Cap “there’s a Midguardian word for women like you” (although in his case it’s “party pooper”), and Darcy saying she thought she’d be a “Dude Captain”. These are all clearly allusions to a small but unfortunately loud element who resist anything that isn’t a white guy named Chris. While Messrs Hemsworth, Pratt, and Evans are all fantastic, this female-led episode shows the MCU’s heroes come from a variety of spaces.

Jane is torn, wanting to help SHIELD but believing Thor’s pleas that he is just having a little fun. She resists Hill’s plans to “kaboom” Thor in a desert, resulting in her being send away. With Thor’s japes are causing a lot of destruction, Jane deduces that the only way to stop a galactic teenage party is to call the parents. She summons a suspiciously silent Heimdal (I guess Idris Elba said no) just as Cap is slamming Thor into the Earth from space. The madness is stopped by Thor’s mother, Frigga (Josette Eales), who is coming to Earth to tell him off. Thor just about gets the damage cleaned up before she arrives, avoiding an Asgardian thick ear and making amends with Jane. All seems well, until the last seconds of the episode where Thor is confronted with the terrifying site of a Vision/Ultron hybrid, powered by all the Infinity Stones.

Even though the episode was largely for fun, there’s a lot of intelligent points made about the position of certain characters in the MCU. I’m desperate to see a Darcy/Howard The Duck rom com, and may make ringtones out of Jeff Goldblum muttering “release the foam”. Mostly, however, it seems to be a bit of a breather before a two-episode finale where, if the trailer is to be believed, all the What If heroes come together helped by The Watcher (who seems surprised by Vision-Tron’s arrival). After three weeks of watching popular characters die, it’s a welcome pit-stop before Season One’s endgame.