What crowdfunding means for mini-bonds 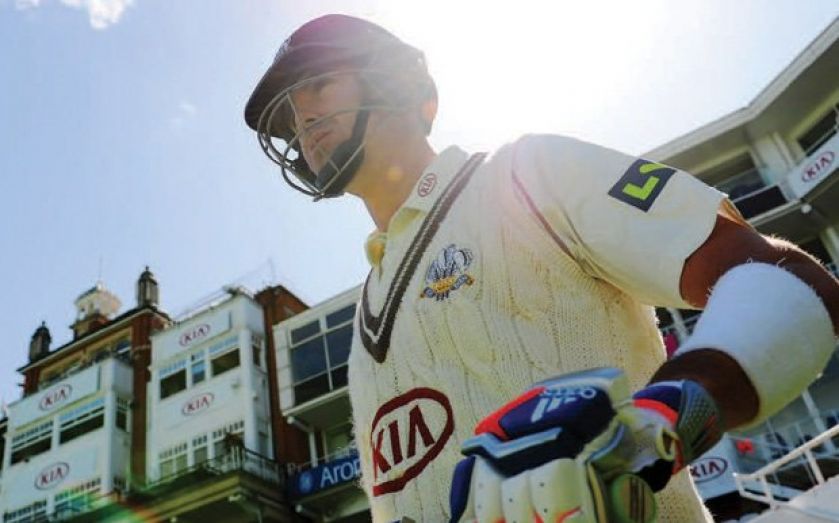 With attractive rates to be had, mini-bonds are proving increasingly popular with investors. Since maverick men’s toiletries firm King of Shaves issued the so-called Shaving Bond via an online platform in 2009, a growing number of SMEs have used technology to offer customers and other would-be investors the chance to lend direct to them.
In 10 days’ time, for instance, Oval members and other cricket fans will be able to become bondholders in Surrey County Cricket Club. The fixed five-year investment will help raise £3.5m to finance a new stand. While some companies have offered non-monetary payouts – in 2011, Hotel Chocolat raised £4.2m from its Chocolate Bond, which paid interest in chocolate – the market and the product are advancing.
And much of this evolution is down to mini-bonds becoming a staple of the fast-growing crowdfunding industry, with increasing numbers of platforms offering them as one element in an arsenal of debt and equity products.

The main benefit of crowdfunding platforms when it comes to mini-bonds has been to widen the base of companies that can issue them, says David Walker, partner at law firm Memery Crystal and lead on both the Surrey CCC bond and the shaving bond. For many profitable and growing firms, confidently launching a mini-bond alone can be difficult. Having a strong enough brand presence is a frequent problem, says Walker. Ayan Mitra, founder of platform CrowdBnk, which famously ran the campaign for Hambledon Vineyard’s English Fizz Mini-Bond, adds that the compatibility of mini-bonds and crowdfunding “stems from the fact that mini-bonds as an instrument and crowdfunding as an activity are good ways of engaging the customers who are going to buy your product”.
Moreover, a smaller firm without intermediary expertise will likely mis-price the bond – “in theory, a platform enables access to that expertise,” says Mitra. Part of this is helping a business to tailor the mini-bond to its needs and those of its investors. For example, mini-bonds are, more often than not, unsecured and non-convertible (most firms are looking at debt because they don’t want dilution). But Hambledon’s was secured and convertible: “that was chosen because it’s growing, but may not hit all its milestones. It’s about managing risk for investors. In this case, that meant having it asset-backed but with the equity option,” explains Mitra.

But invariably, the fast growth of crowdfunded mini-bonds brings challenges. For starters, are investors fully aware of what they’re getting into? The (usual) non-convertibility of the instrument can make them a less flexible choice for investors, although Mitra doesn’t believe liquidity is as big an issue as is often suggested. For many, he says, it’s simply about long-term gains. But people do need to realise that they’re tied in for usually between three and five years, says Walker. They also need to understand how the mini-bonds redeem – some structures will give you the opportunity, after the fixed period, to choose whether you get out or stay in.
Unfortunately, while some platforms and companies are exemplary in duty of care to investors, this isn’t the case across the board. Some regulatory catch up is needed, says Walker. This February, the FCA put out a review paper on crowdfunding which, for the first time, devoted a section to mini-bonds and highlighted concerns around transparency, clarity and promotion. Some issuers do not make clear, for example, that mini-bonds are not deposit-based or capital-protected.
“It is important that the area is left lightly regulated, but the industry has to be responsible,” Walker says. “Whatever document it is, the man on the street needs to be able to understand it. I’ve seen some that are so dumbed down. Some platforms and businesses are flouting basic rules around investor suitability.” He would like to see slightly more regulation, specifically around the investor questionnaires that issuers are obliged to include in launches. Currently, the only requirement is that questions are asked. “My recommendation would be that these become more educational. If a potential investor gets a question wrong, a drop-down box could explain more.”

Looking to the future, both Mitra and Walker believe the crowdfunded mini-bond market will widen. “If you look at what’s happening across alternative finance, you’ll see it’s trying to replicate various instrument types that the mainstream offers. And we’ll see more of that,” says Mitra. The key, they say, will be keeping products straightforward. “It’s inevitable that they will become more complicated, but experience tells us that, if the general public doesn’t understand them, that will restrain the way the market grows,” Walker says.
Secondary markets have been discussed for some time, but with no significant traction materialising. “While a secondary trading platform would further open up the crowdfunding market, a consequence of making a particular issuer’s mini-bonds tradeable would be to limit the size of their offering (to below €5m equivalent) if they were to avoid issuing a full FCA-approved prospectus,” explains Walker.
A final question is what will happen when we move out of a low-rate environment – something alternative finance adherents have not yet experienced. “People haven’t gone for mini-bonds because they’re obsessed with a particular firm – they were looking for investment opportunities. Now, bondholders will really need to appreciate that, in five years’ time, the rate they’ve got might not look so attractive,” says Walker. And obviously, there are questions there for businesses and platforms, too.