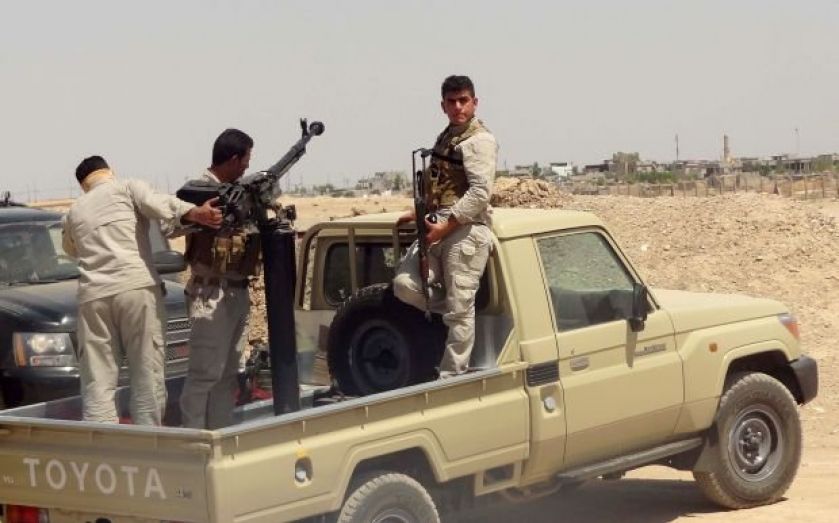 Once again in Iraq – like some diabolical version of Bill Murray’s predicament in the peerless Groundhog Day – Western countries are arming the locals, with the US launching air strikes to stabilise a situation unhinged at least in part by our own doing. And yet we are surprised. Why does this keep happening? Simply put, the West falls down at the first intellectual hurdle of analysis: we fail to put ourselves in others’ shoes, but rather imagine our view dictates theirs. This conceptual mistake does much to explain the never-ending mess in the Middle East.

T E Lawrence, a man who through both theory and practice established himself as the regional Middle Eastern expert par excellence in the early twentieth century, followed a very simple but very different analytical route to wisdom: the actual study of others, rather than the narcissistic devotion to being only able to see the world through one’s own point of view.

As Lawrence put it, there is a seminal way to avoid these nasty surprises: “experience of them [local peoples], and knowledge of their prejudices will enable you to foresee their attitude and possible course of action in nearly every case.” In other words, true analysis is more about them, and less about us. US secretary of state John Kerry – a man seemingly perpetually surprised that the world does not operate like a Boston dinner club – would do well to take note.

In psychology, the capacity for taking others’ perspectives onboard is referred to as having a theory of mind, an understanding that others’ internal experiences are different from one’s own. In a common test for autism, a school-aged child is shown a bag of, say, sweets. Then, the child is shown that the sweets have been removed and replaced with pennies. The child is asked, “What would another person think is in the bag?” If the child answers “pennies,” that child has no theory of mind. This deficit can, in extreme forms, render a person almost unable to interact with others in a recognisably social way. The same problem writ large in Western policy has crippled strategy in the Middle East for over a century.

For example, in modern Iraq, failure to determine the true local unit of politics has been the original sin. That unit has remained the fiercely independent ethno-religious groupings of the Sunni, Shia, and the Kurds, rather than the Western preference for some sort of imposed, centralised, Iraqi construct. This analytical failure has unsurprisingly spawned the chaos of the past century.

For as Sunnis, Shias, and Kurds is how the locals primarily see themselves, rather than as Iraqis, as Westerners desire. The long-time rulers of Mesopotamia, the Ottomans, had known better. They had divided the region up into three separate provinces of Basra, Baghdad, and Mosul, respectively dominated by the Shia, the Sunnis, and the Kurds. For in the end, reality will out.

At last, after 80 years of failure, the last, best, hope for a stricken Iraq – forced upon the rest of us by the crisis of the rise of the Islamic State (IS), itself partly a manifestation of earlier failed efforts at nation-building – is what it should always have been. A very diffuse organic confederation is emerging, dominated by the sub-regional groupings that the locals actually identify with.

Given all this, President Obama is entirely right to try another approach, given the doleful record of ignoring local realities that has gone before. America has served as the Kurdish and the Iraqi air force in stemming IS’s advance, but the President has studiously refrained from taking the strategic lead by putting American boots on the ground. Likewise, he has constantly stressed that only an inclusive, confederalised Iraqi political solution – one that would organically take on board the political concerns of the Sunnis and the Kurds in a meaningful way – can save Iraq from itself.

Lawrence also said that “the beginning and ending of the secret of handling Arabs is unremitting study of them”, at least in part to develop a theory of mind – their mind, to be exact. Until we learn to stand in the shoes of the people of the region and analytically look at the world the way they do, we cannot hope to guess the decisions they will make, the help they will accept, the reforms they will adopt, the deals they will uphold – and the fears to which they will fall prey. Until we demonstrate a theory of mind, Lawrence’s lessons will have to be learned again and again.

Dr John C Hulsman is senior columnist at City A.M., and president and co-founder of John C Hulsman Enterprises (www.john-hulsman.com), a global political risk consultancy. He is a life member of the Council on Foreign Relations and author most recently of Lawrence Arabia, To Begin the World Over Again. Lara Palay, MSW, is a psychotherapist who consults on clinical issues and social welfare policy. She lectures on clinical social work at Ohio State University, and is a managing partner at the Aldridge Palay Group.