West Ham install 'Covid tunnels' at training ground - could fans be next? 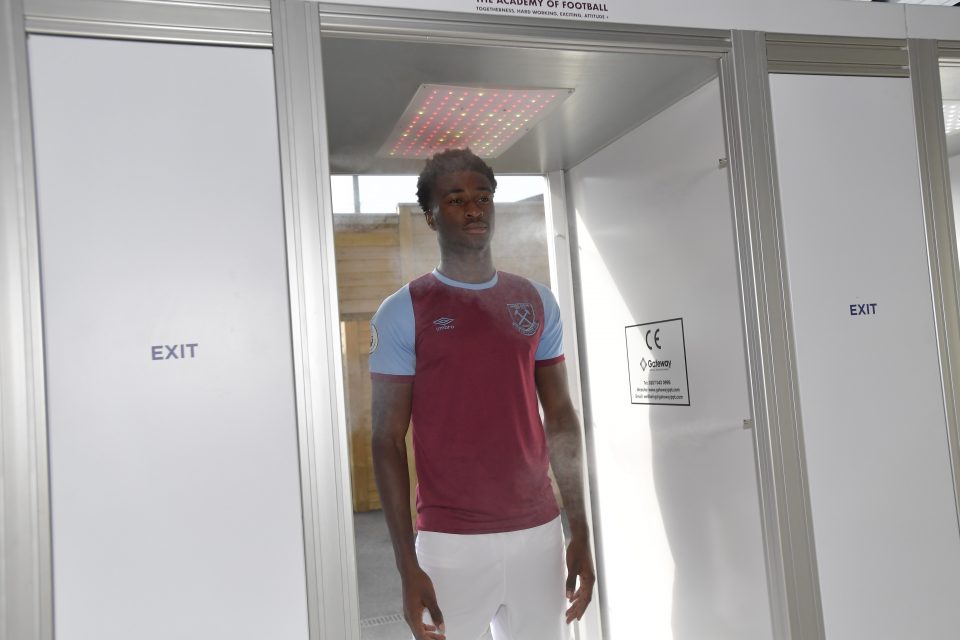 The tunnel operates initially as a temperature scanner before misting individuals with a controlled, odourless, water-based solution to disable bacteria and viruses.

Taking just three to five seconds in total, the technology could in theory be used by football clubs to allow fans into stadiums.

West Ham are the first Premier League club to install the tunnels for use in their academy.

Designed by CovProtex and Gateway Personal Protection Tunnel have partnered to roll out the sanitisation tunnels across the sports world.

Though players and staff have been in training and playing for some months, fans remain unable to attend major sporting fixtures.

Trials have been regarded as a success but the Government last month cancelled plans – as part of ‘Operation Restart’ – to open grounds to more fans.

Many lower-league clubs are believed to be at serious risk of bankruptcy if fans are not allowed to return soon.

Ricky Martin, West Ham United Academy Manager, said: “The partnership with CovProtex and Gateway PPT has enabled us to offer an extra layer of protection to our players and staff here at Chadwell Heath, on top of the protocols and measures we already have in place.