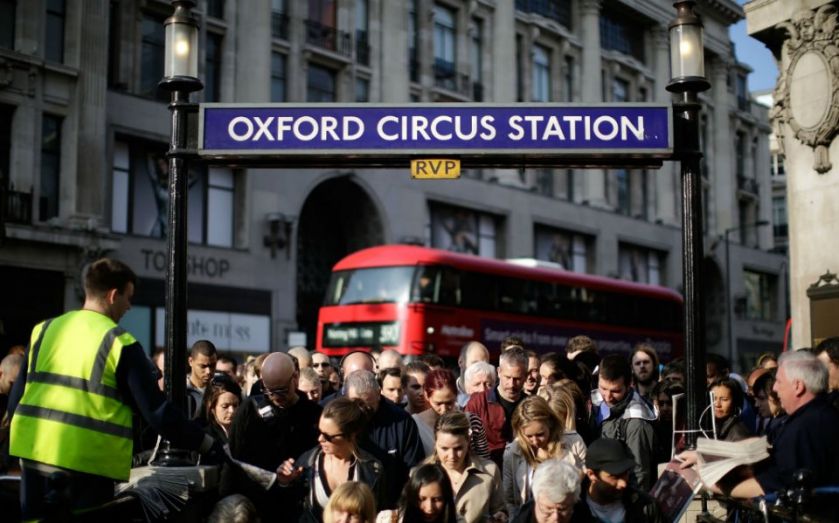 The daily commute can be almost unbearable, but it seems we've found a way of occupying our travel time that's also good for the economy.

More than a fifth of online sales are taking place on a commuter journey, with spending totalling £9.3bn every year.

Spending by London commuters accounts for more than half of that – £5.9m – with those travelling in the capital spending £44 a week, on average, according to new research by mobile payments firm Zapp and the Centre For Economics and Business Research (Cebr).

Clothes are the most popular items being bought through so-called commuter commerce, followed by media entertainment – including digital downloads as well as books, DVDs and CDs – then groceries and takeaway meals.

Read more: You probably have digital amnesia because of smartphones

It's estimated that 1.5m of us do a bit of shopping during the morning rush hour, when there is the biggest spike in online shopping.

The Cebr estimates that more secure payment methods could boost that spending by another £1.5bn and take total commuter commerce past the £10bn mark.

“People in Britain spend more online per head than any other nation, and it seems our love affair with online shopping now also extends to the morning rush hour," said economist Rob Harbron.

"The data shows that commuter commerce is booming in the UK as savvy commuters use their time efficiently to make the purchases they just don’t have time for normally. We estimate that making the mobile checkout experience faster and safer could boost spending by £30m each week.”