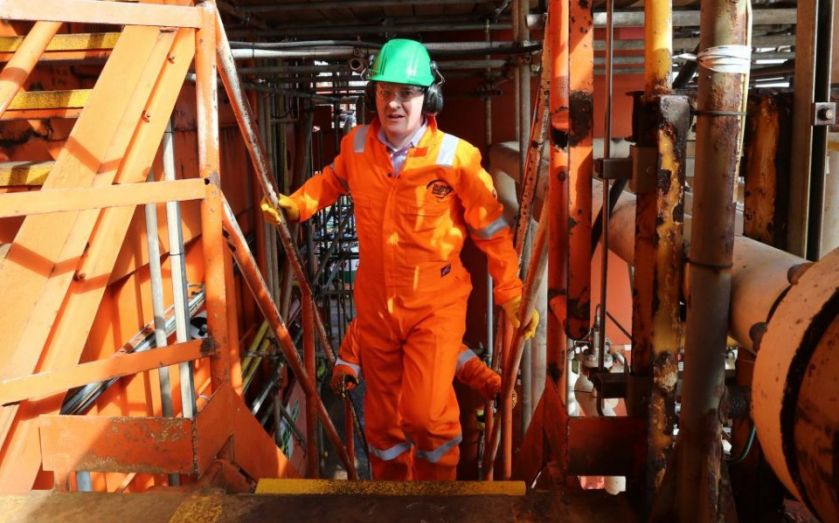 Weir Group this morning announced that it would sell its oil and gas division to construction firm Caterpillar for $405m (£314m).

Shares in the company jumped 15.6 per cent as markets opened as traders cheered the deal.

The FTSE 250 company has been mulling the sale of the division for about six months as it is in the process of becoming a purely mining focused operation.

In February, Weir said that it would seek to “maximise value” from the unit, which designs and manufactures pumps and ancillary equipment for the industry.

With oil prices plummeting around the world due to coronavirus, the group reported first half revenue for the division of £185m, 48 per cent lower than last year.

The result made it markedly the smallest of Weir’s divisions, with minerals revenue clocking in at £653m in the same period.

The sale of the division, which is expected to be completed by the end of the year, will also give the firm a $70m US tax benefit over the medium term.

The deal needs to be cleared by Weir’s shareholders, as well as get regulatory clearance, before being finalised.

Chief executive Jon Stanton said: “We are pleased to have reached this agreement that delivers a great home for the Oil & Gas division and maximises value for our stakeholders.

“Alongside the previous sale of the Flow Control division and the acquisition of ESCO (energy services), it is a major milestone in transforming the Group into a focused, premium mining technology business.

“It means Weir is ideally positioned to benefit from long-term structural demographic trends and climate change actions which will increase demand for essential metals that must also be produced more sustainably and efficiently.

Joe Creed, Caterpillar’s VP for oil and gas, said: “This acquisition will expand our offerings to one of the broadest product lines in the well service industry.”

AJ Bell investment director Russ Mould said: “It says something about the low regard in which the oil and gas industry is held by investors that the decision of Glasgow-based engineer Weir to exit the sector is taken so positively.

“In fairness this move had been in the works for a while but has been accelerated as events have overtaken the company.

“By exiting oil and gas, Weir is effectively taking a big bet on mining – placing all of its chips in this area because, while oil and gas is a victim of a move away from fossil fuels, mining could benefit.