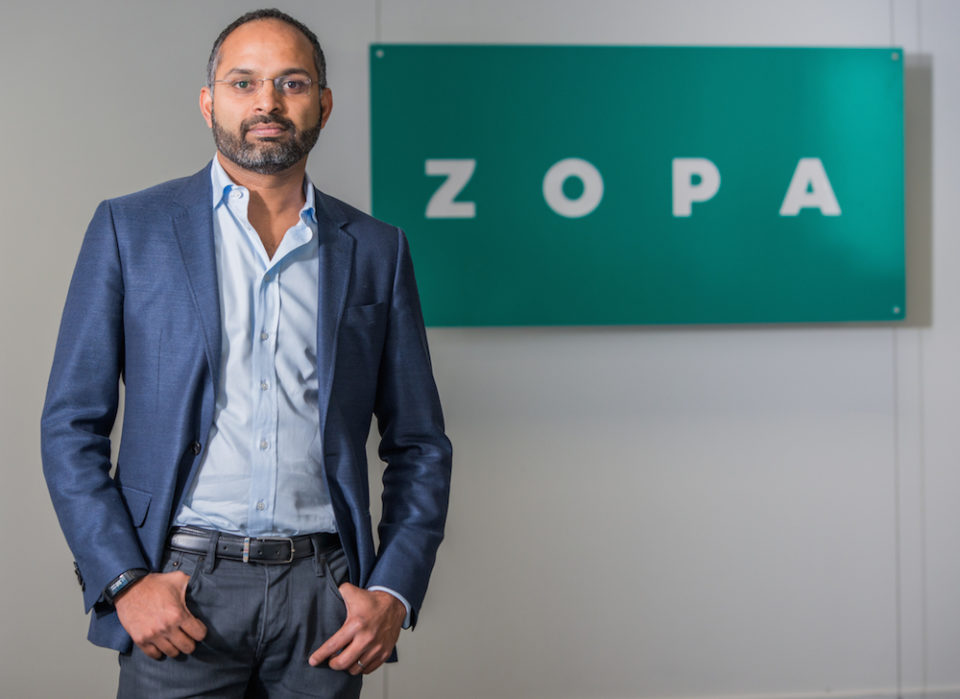 In the grand scheme of financial services, the peer-to-peer lending industry is young.

With the sector now in its early teens, it’s this immaturity that often seems to spark questions about resilience, particularly how peer-to-peer companies would cope during another economic downturn.

Those in defence of the industry tend to use Zopa as an example: a peer-to-peer firm that survived and thrived during this period.

Launched in 2005 by five forward-thinking entrepreneurs, Zopa was the first lender of its kind, and the pioneer of the peer-to-peer industry.

The idea for Zopa was twofold: its founders saw a bunch of inefficiencies in banking, and recognised the powerful force of technology.

The company is centred around making money simpler and fairer for consumers – connecting people who want to borrow money with lenders (or investors) who want to make a decent return.

There is now an ever-expanding crowd of peer-to-peer lenders, but what gives Zopa the edge is its first-hand experience during the turmoil of 2008.

Jaidev Janardana, who was taken on as chief executive in 2015, says the company applies today’s model to data from 2008 in order to inform its underwriting.

“We still learn from that experience in a philosophical way, because we now price in a manner that ensures that if 2008 were to repeat itself, our lenders should still make a return,” he tells me, pointing out that many of of the newer companies don’t have this trove of data to learn from.

“Companies will stress test, but while we have the actual data, they have to be more assumption-based than us.”

But Janardana also stresses that there’s nothing inherent about the business model that would make peer-to-peer lenders weaker or stronger than banks. “It’s about how well a particular company manages its risk, and how diversified its lending is.”

Nimble fintech firms can actually be in a stronger position compared to their banking peers.

“What a lot of people don’t realise is that many peer-to-peer businesses succeeded and grew because of the crisis,” Janardana says. What he means is that disciplined businesses with good standards of credit management were given an opportunity to plug the finance gap left by the companies that were forced to retract.

The mass of consumer debt in the UK has been described as a “time bomb”, and regulators have been toughening up their stance over recent months.

I ask Janardana what he thinks about the FCA’s clampdown on parts of the consumer credit sector, and he accepts that it’s damaging for consumers to borrow lots of money.

How can a senior manager be held to account if they don’t understand the technology?

But he stresses that Zopa only lends responsibly and has processes in place to make sure that its loans are affordable to borrowers. A typical Zopa customer is someone in their mid-30s with a stable income averaging at £36,000 to £37,000 a year.

People borrow £7,700 on average, and many use the money for one-off, “life purchases”, such as buying a new car or for home improvement.

“The ideal behaviour is for people to take out a loan every three to four years, and pay it down over a period of time,” says Janardana. “We won’t lend out again for another six months, and we make sure you’re not behind on other debt payments.”

Over the past few years, we’ve seen many of the major banks migrate from the clunky legacy systems, installing technology that is fit for the modern era.

It’s an arduous process that is often riddled with problems, while some businesses are struggling to ensure that customer information is safe from hackers. TSB’s recent saga certainly springs to mind.

Read more: Investigation report into TSB IT meltdown to be fast-tracked

I ask Janardana, who is an engineer by trade, how Zopa stays ahead of the game. He says it’s about creating a platform and operating model that allows you to continually refresh the technology, so that updates become a continuous part of the process, rather than a huge project now and again.

“We have invested in micro-server-based (or modular) architecture. That means we can continuously change parts of the technology, without changing the whole thing; there’s no fear that you have to migrate the whole platform because the platform doesn’t exist.”

There is a place for a far simpler product, where customers don’t have to feel that they are running on a hamster wheel

While Janardana isn’t a web developer, he says that having a handle on coding is important when leading a tech-orientated business like Zopa.

“At the end of the day, our product is delivered through tech. Part of the reason UK banking has a huge technology deficit is because senior managers think that it’s someone else’s job to figure out a way to solve any serious problems with the digital side of the business – and that means you’ve only got one person in the room who can intelligently talk about technology. That cannot lead to great results.

“How can a senior manager be held to account if they don’t understand the technology?”

It hopes be able to offer credit cards next year – dependent, of course, on it securing a banking licence. According to Janardana, many borrowers have three or four credit cards, and around half of these people end up paying interest without planning to.

“There is a place for a far simpler product, where customers don’t have to feel that they are running on a hamster wheel,” he says.

Again, it’s about improving the experience for customers, using technology to “nudge” people and help them pay down their debt.

But the bank offering could also prove helpful for those who lend through Zopa, because many have big pots of savings.

“A good part of lenders’ money is currently deposited in banks, where the digital experience is poor,” says Janardana. “And while many savings accounts start with high interest rates, the interest rate gets worse once you renew – so banks are disincentivising loyalty.”

The Zopa boss says that the company wants to launch simple products that have a single rate, staying away from offers that “lull customers into a false sense of security” by offering teaser deals.

But Janardana stresses that Zopa’s peer-to-peer business will continue to exist. “We have an emotional commitment to that – it’s a thing we invented."