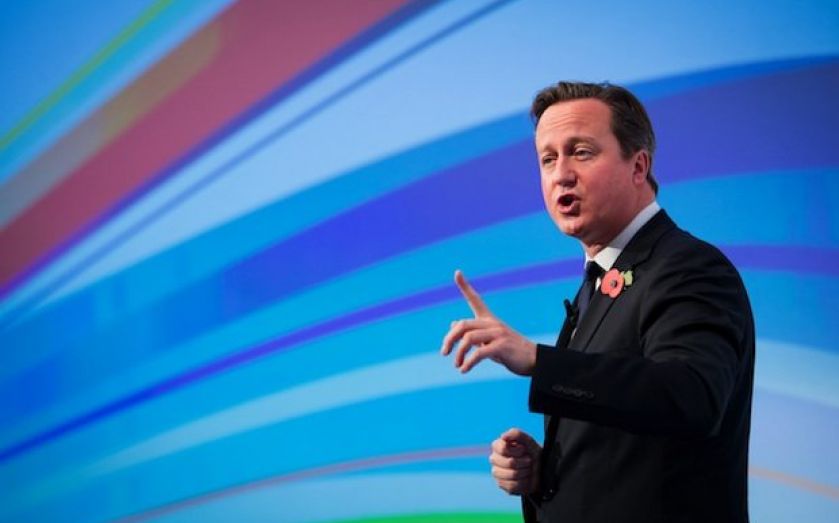 ONE OF the biggest myths in UK politics is that the free-market and Eurosceptic wings of conservatism are beholden to the interests of big business. Many mistake a shared desire for a lower tax and regulatory burden for a common agenda. Yet in reality, some of the biggest divergences in economic opinion occur between these two groups.

Large companies with established HR departments can perhaps afford the EU red tape and social legislation that affect small businesses operating at the margins of existence. Large firms are often more interested in the ability to shape laws, protecting the state grants and “support” that help their businesses. As such, a Single Market with harmonised regulations and a centralised bureaucracy is less unappealing to multinationals. Many of their leaders have been vocally supportive of continued membership.

The Confederation of British Industry’s (CBI) report on British EU membership must be seen in this context. It suggests we must stay in the EU, or face a future of irrelevance. Rather than repatriating powers to nation states, the CBI advocates working collaboratively to make the EU more competitive. And it implies this agenda is supported by business – with polling showing that eight out of 10 CBI members, including 77 per cent of small businesses, would vote to stay in the EU if an In-Out referendum were held tomorrow.

But there are problems. First, the sample is small and self-selecting. Only 415 existing CBI members were interviewed – and the CBI has long held a pro-EU outlook. It was at the forefront of pushing for the UK’s entry to the euro, claiming in 1994 that 84 per cent of industry supported entry (despite a sample size of 206 and two-thirds of support being lukewarm). It was only when Business for Sterling undertook comprehensive polling – including small businesses – that true business divisions over the euro question became clear.

But there’s a bigger question: does business backing for staying in the EU, if an unplanned referendum were held tomorrow, support the CBI position? The evidence suggests not. A YouGov poll of 1,024 business leaders for Business for Britain shows that 46 per cent of UK firms think that the cost of complying with the Single Market outweighs the benefits (versus 37 per cent thinking vice-versa), with almost identical results for chief executives of firms who only operate in the EU and for CBI members. Most firms favour a significant repatriation of powers to the UK and a referendum – positions described by the CBI as “unrealistic” and which “could lead to the exit door by default”.

The question of how businesses would vote in a “referendum tomorrow” is a straw man. What matters is whether business leaders support the status quo-with-reform option the CBI offers, or whether they want significant renegotiation followed by a referendum. These results suggest the latter. And as such, we should be vigilant about the CBI’s claim to be “the voice of business”.