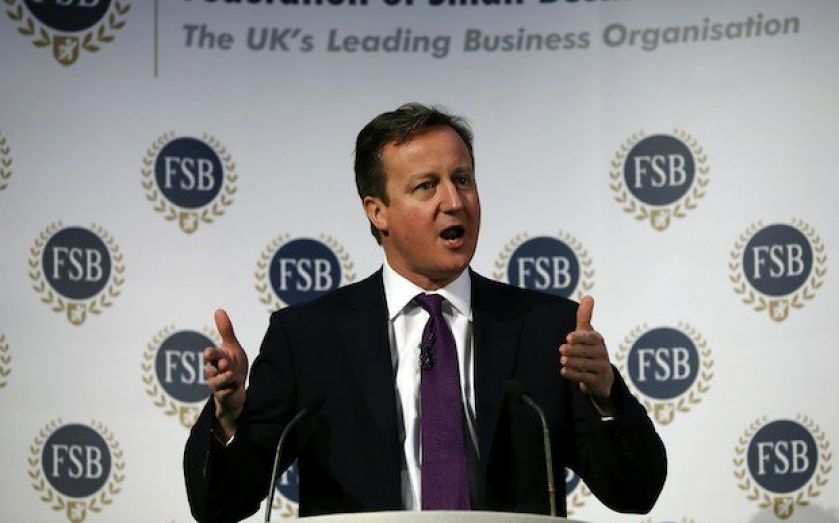 THE GDP figures released today, expected to show further evidence of economic growth, will tell us how far the recovery has progressed. They follow last week’s employment stats which showed that our long-term plan is beginning to work. We are creating more jobs by backing small business and enterprise with better infrastructure and lower jobs taxes.So unlike recoveries of the past, this is a business-led recovery. It is Britain’s companies that are giving people the chance to earn a wage, gain experience and provide a more secure future for their families. We must do more to support them.This doesn’t mean handouts or gimmicks. Businesses certainly don’t need the new quango Labour is proposing. It’s about creating the conditions needed for businesses to thrive. That’s why we’ve prioritised cutting the deficit – so we can help keep borrowing costs down and safeguard the economy. The deficit is already down by a third. But we also need to make it easier for entrepreneurs to set up a business and for established businesses to grow.Labour introduced new regulations at a rate of six a day. This stifled Britain’s companies. So when this government came to power, we set ourselves a Red Tape Challenge to reduce this burden. We have exceeded our target to identify 3,000 regulations to be scrapped or improved; over 800 have been tackled already. Yesterday, the Prime Minister reinforced our commitment to cutting the red tape.Next, we are targeting environmental and house building standards. We will slash 80,000 pages of environmental guidance to save businesses around £100m per year. We are cutting 100 overlapping house building standards down to 10, which will knock £500 off the cost of building a new home.We’ve also got a proud record of cutting taxes. Our rate of corporation tax is now the lowest in the G7 group of countries. We’ve cut the National Insurance (NI) contributions that employers are required to make and, in the next tax year, 450,000 small businesses will pay no NI contributions at all. And for the people who work in those businesses, we have raised the amount they earn before they start being taxed. It’s an extra £590 in the pocket of the typical taxpayer.But while we are making Britain more competitive, the rhetoric from Labour is getting increasingly hostile. They’ve gone after bankers, energy companies, property developers – whatever short-term political football put in front of them, they will kick it. Entrepreneurs, lawyers, accountants and other professionals are rightly asking: who’s next on the Labour hit-list?This weekend, Ed Balls announced that a Labour government would increase income tax. Their promise of more borrowing and more taxes is a threat to all those who want to invest in this country. It risks the recovery even as it gets going.So at the next election there is a choice: between Ed Miliband’s brand of anti-business politics, and our long-term plan that is already creating the jobs which give people a regular pay packet and the chance to secure a better future for their families. We’re getting Britain’s businesses working again. This is no time to turn back.Michael Fallon is minister for business and enterprise.