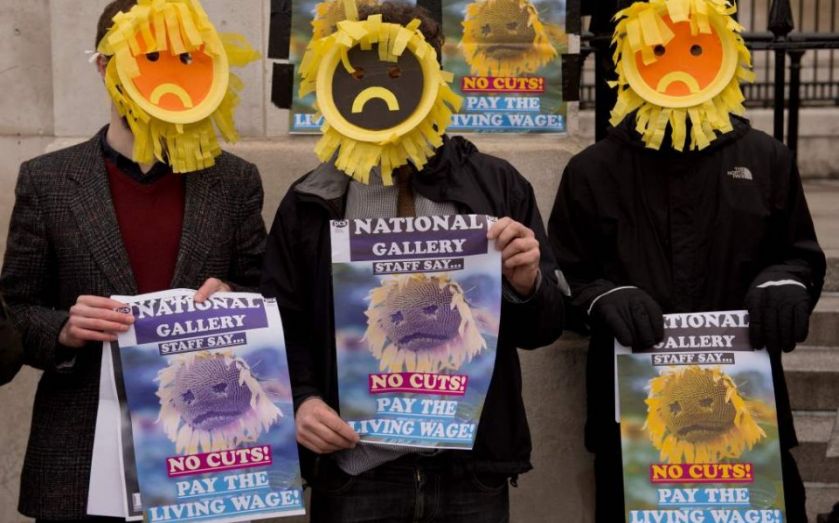 It's “Living Wage Week”. For seven days, the Living Wage Foundation’s campaign for employers to pay workers at least £8.25 per hour (or £9.40 in London) receives almost wall-to-wall coverage. Campaigners line up to tell us raising pay to this level is good for business as well as employees.
Many large firms, most of which do not employ many low paid workers, pat themselves on the back for being accredited and urge others to follow their example.
In principle, this sort of civil society-led campaign, encouraging businesses to voluntarily adopt higher pay for low-paid employees, forms part of the rich tapestry of wage determination in a free economy.
Academics crunch the numbers for how much someone representing an average of a cross section of household types would need to earn per hour if they worked full time to comfortably cover a range of essential living costs.
That so many struggle to achieve this should worry us all. But in focusing exclusively on the wage (particularly the hourly wage rate), the Living Wage campaign is having a very damaging effect on policy.
Read more: The best and worst boroughs for paying living wages
What really matters for poverty is not the hourly wage rate, but people’s overall circumstances. Contrary to popular belief, around 40 per cent of people who earn less than the Living Wage aren’t in poor households.
The idea that the Living Wage has the same meaning to someone with two children, renting in the South East, compared with someone living with their parents and paying no rent in the North West, is fanciful.
What’s more, three-fifths of those earning less than the Living Wage work part-time – what they really need to get closer to a market-based “living income” is to work more hours.
But the biggest flaw with the Living Wage is intellectual. By linking wages to living costs, campaigners imply a business should not set pay according to the economic value of the work employees undertake or the firm’s ability to pay.
Read more: Living Wage could lift six million people out of poverty
Instead, it should compensate staff for housing, energy, food and childcare costs. Goodness knows what these things have to do with an employer in, say, retail, who is perhaps giving a young, unskilled worker an opportunity for the first time.
And this brings us to the hugely negative impact this campaign has had on policy. First, its focus on the wage rate is taking the spotlight off areas where government interventions structurally raise living costs.
Tight planning laws, expensive green energy policies, agricultural protectionism, and an increasingly regulated childcare market make housing, fuel, food and childcare more expensive. Yet rather than running a campaign for aggressive deregulation – a Living Costs campaign – it’s easier to sloganise that “business should pay more”.
The second impact is that the continued context-free highlighting of how many people are paid less than the Living Wage implies it should be rolled out throughout the economy.
Though the campaign is still voluntary, George Osborne has now responded with his new “national living wage”, which while a significant minimum wage rise rather than linked to living costs, has through its name set running the idea that an employer’s role is to pay workers enough to cover living costs and that it is politicians’ job to enforce this.
Politicians increasingly pontificate about what business should be paying workers, devoid of industry context or what employees are willing to work for. They play down the impact of raising wages on job opportunities for the low skilled.
Many say this will be good for the economy too, as it will lead to less staff turnover and more worker effort (implying the chancellor knows the productivity potential of UK workers better than their businesses, and can accurately assess what the ideal turnover rate is to maximise overall economic growth).
The sad truth is that a well-intentioned but misguided campaign has now gone mainstream, bringing with it bad economics and the wrong focus for those genuinely in need.