We can cut carbon emissions but not with inefficient renewable subsidies 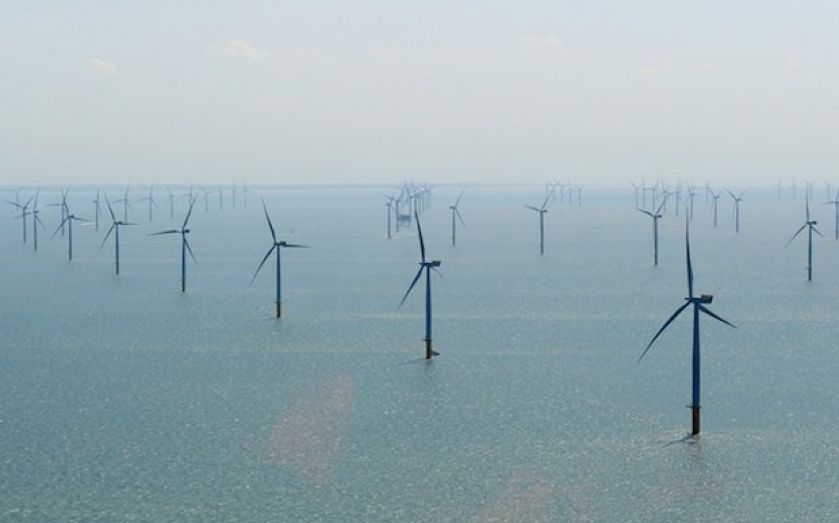 HOPE for a breakthrough at the international climate change talks in Warsaw next week is evergreen: “Where there is a will, there is a way!” the hosts’ environment minister says. But despite this optimism, there is little global will for an overarching agreement akin to the failed Kyoto protocol. Yet there is a very different option that’s not even on the agenda: instead of pouring more money into still very inefficient renewables, we could make massive but much cheaper investment in research and development into new energy sources. The world is already spending about $1bn (£622m) a day on renewables – $359bn in 2013. $100bn a year invested worldwide in research & development (R&D) would be hundreds of times more effective, a panel of economists, including three Nobel laureates, found in a Copenhagen Consensus on Climate study. This would increase global R&D 10-fold and cost much, much less — only 0.2 per cent of global GDP. Unfortunately, this won’t happen as long as Warsaw, and numerous other climate summits, persist in hoping for a globally-binding agreement on cutting carbon emissions. This was the essence of the Kyoto protocol, agreed in 1997, but which never really mattered. Most of the big CO2 emitters had no limits (China and India), or left (the US), or didn’t keep their promises (Canada). Kyoto was dead even when US Vice President Al Gore signed in 1997, and President Bill Clinton said that “the United States has reached an historic agreement with other nations of the world to take unprecedented action to address global warming.” The US Senate had already rejected the treaty by 95 to 0 votes. The will has not been there since. After the Durban 2012 talks, and announcements of a legally-binding agreement, India’s environment minister Shrimati Jayanthi Natarajan said that “India cannot agree to a legally binding agreement for emissions reduction at this stage of our development.” Canada withdrew from Kyoto, which Russia and Japan had already refused to extend. Even full implementation of Kyoto would, by the end of the century, have reduced temperatures by an immeasurable 0.004°C, despite costing about $200bn annually. Only the EU and a few others remain devoted to significant expenses for tiny outcomes: the EU is committed to cutting carbon emissions by 20 per cent below 1990 levels by 2020. This will, on an average of all the energy-economic models, cost $250bn a year. By the end of the century (after a total cost of more than $20 trillion), it will reduce the temperature increase by a tiny 0.05°C. There will be great headlines from Warsaw about pledges, promises and targets. But remember previous breakthroughs. At the Copenhagen summit in 2009, Japan pledged to cut carbon emissions by 25 per cent by 2020. This was impossible – and now they’re reneging. China, just before that summit, dramatically promised to cut its carbon intensity (the amount of CO2 emitted for each dollar of GDP) over the next ten years to just 40-45 per cent of its level in 2005. Heroic, but International Energy Agency figures show China was already expected to reduce carbon intensity by 40 per cent without new policies: as its economy develops, China will inevitably shift to less carbon-intensive industries. And remember that, over history, human civilisation has tried to get away from renewables. In 1800, the world got 94 per cent of its energy from renewables, mostly wood and wind. Today it is just 13 per cent. Much of what is classed as renewables means poor people using wood and waste: Africa gets almost 50 per cent of its energy from such sources. But China’s renewable energy dropped from 40 per cent in 1971 to 11 per cent today as it became more prosperous. Rich countries, meanwhile, install wind turbines and solar panels, which emit less CO2 but remain expensive and intermittent. Spain now spends almost 1 per cent of its GDP on subsidies for renewables – more than on higher education. This is not sustainable, and not something most countries want to emulate. We can’t hope to push through a treaty in Warsaw or anywhere else, forcing people to dramatically move to more costly, less reliable energy sources. Despite all the summits and the hundreds of billions of dollars in subsidies for inefficient green technologies, CO2 emissions have risen by some 57 per cent since 1990. We need to look at a different approach instead of backing the wrong horse over and over again. The economics show that the smartest long-term solution is to focus on developing green energy. This would push down the costs of future generations of wind, solar and other amazing possibilities. If green technology could be cheaper than fossil fuels, everyone would switch, not only a token number of well-meaning Westerners. And we would not need to convene yet another climate summit that eventually comes to nothing. Bjørn Lomborg is editor of How Much Have Global Problems Cost the World? A Scorecard from 1900 to 2050, (Cambridge University Press), appearing this month. He is director of the Copenhagen Consensus Center and an adjunct professor at the Copenhagen Business School.