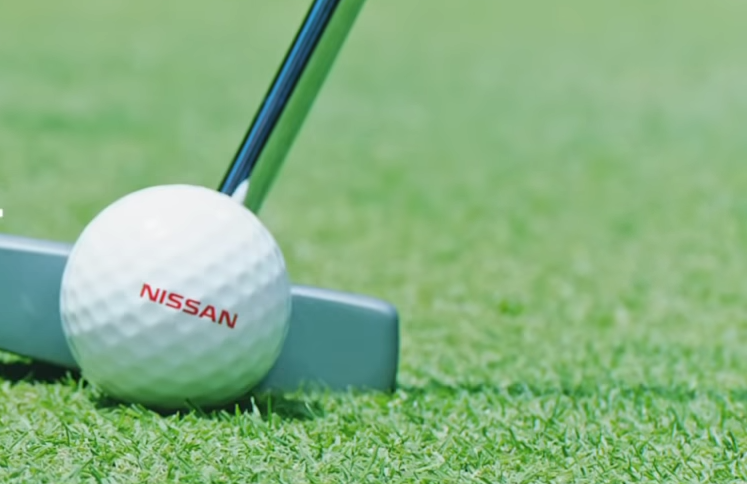 Times are tricky for Nissan executives. The Japanese car maker’s profits have collapsed, it is gearing up to sack 12,500 workers to cut costs, and former boss Carlos Ghosn is facing jail time for swindling millions of dollars from the firm.

Who could blame them for wanting a bit of light relief?

The car maker’s latest side project appears to be just that: a self-driving golf ball. It has unveiled the invention in a video of a ball that it claims will find the hole with every putt, in a bid to promote its self-driving car technology.

The advert features a small child hitting a putt that at first looks innocuous, but after several seemingly-impossible twists and turns drops in the hole. It is a shot that would make even Tiger Woods blush.

Nissan used an overhead camera to plot the position of the ball at the start of the journey, to its destination: the hole.

Once the ball has been hit, the car maker’s monitoring system works out the best route, adjusting the speed and direction through an internal electric motor.

Why are they doing this?

The company may be in the midst of its most acute period of financial turmoil in more than a decade, but it still needs to keep up in the race to develop driverless cars.

The technology used in the golf ball, Nissan’s Propilot system, is the same as that used in its upcoming Nissan Skyline model which hits the market next month in Japan.

The advert compares tracking the golf ball’s route towards the hole to the Propilot technology plotting the Nissan Skyline’s 330km route across Japan from the city of Yokohama to Nagoya, near Tokyo.

Let’s hope it doesn’t run into any potholes along the way.