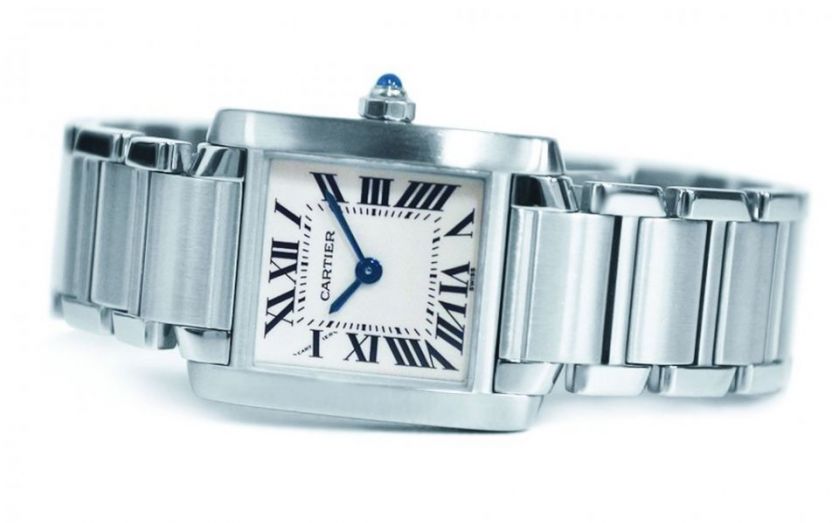 Watching Interstellar the other night was a thought provoking experience. Yes, the film posited theories about the nature of time travel, relativity, the true nature of time as a dimension and various other themes taking in the full gamut of life, death and the human experience. However, it was a watch, or rather the watch given to the character Murphy Cooper by her father played by Matthew McConaughey, that really piqued my interest. I really am that dedicated to my job.

It was a specially customised Hamilton Khaki Automatic, and it got me thinking about vintage-inspired watch designs and what that means in terms of women’s wristwear. Usually when people talk about vintage women’s watches they mean delicate antiques that look like they’re barely functional, let alone something you’d want to wear. However, there are brands out there that offer modern takes on vintage styles that don’t look like props from Downton Abbey.
A perfect example is Cartier’s Tank. This watch has been an integral part of the Cartier collection since it was first introduced in 1920. Rumour has it Louis Cartier based his design for the first Tank on the two-man Renault FT-17 light tank used by France in World War I. The brancards – vertical bars on the sides of the case – are said to mimic the parallel treads of a tank, though this is something that has since been disputed by horological historians. The Tank has had various iterations but retains its essentially vintage appeal, referencing the past without remaining in it.
Another brand that does this very well is Panerai. You can’t look at its boxy design without thinking of its 1940s heyday when it was the toast of the Italian Navy. If the 1970s are more your thing, look no further than the Audemars Piguet Royal Oak. This iconic, and instantly recognisable, watch designed by Gerald Genta was first premiered in 1972 and its case, with its eightsided, slightly rounded bezel with eight visible screws hasn’t changed since. Luckily for the more delicate wristed of us, it also looks great in a 33mm case.
For something a little more contemporary, but still with a vintage feel, there is Nomos. Set up in 1990, just two months after the fall of the Berlin Wall, this German brand takes its design codes from the Bauhaus period, a modernist movement whose aesthetic dominated Germany during the 1930s.
These brands all prove that getting a vintage look from your watch doesn’t mean settling for something that looks outdated; or, in Interstellar language, they provide a wormhole to the past without the need for us to travel there.
Laura McCreddie is editor of eveswatch.com.