Vestager's re-hire leaves the UK on the back foot 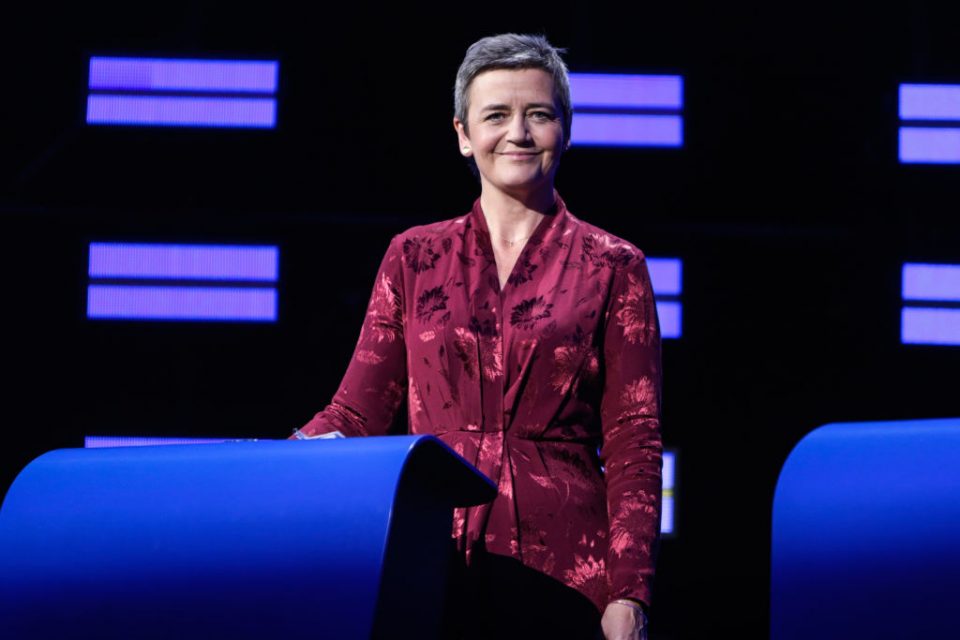 Apple last night launched its latest shiny thing to come out of Cupertino, the iPhone 11 Pro, at its now-to-be-expected “high achiever” price tag.

The company has forged a reputation of late for putting its hardware products further out of reach of the masses, while placing its services at the more affordable end of the spectrum. Soon we’ll see the debut of its gaming and TV streaming platforms with original content to rival Netflix and Fortnite, as it seeks to combat the global slowdown in smartphone sales by cashing in on the rise of binge-watching.

Read more: Apple keynote 2019: Everything from the Steve Jobs theatre, as it happened

But will that be enough to ensure a smooth journey in the years ahead for Apple? Yesterday, Margrethe Vestager, the EU’s pitbull in the era of tech powerhouses, was given a second run as chief competition commissioner – except, this time, with superpowers. Now also the vice president for EU digital affairs, she’ll have the ability to expand her reach outside of the antitrust arena and into… well, we’re not quite sure yet.

Vestager has often complained of rampant problems in the digital sector that go beyond competition; the spread of fake news, issues around corporation tax and a lack of press freedom among them. In a newly-created role with an evolving mandate that some are framing as the EU’s “supercommissioner”, it’s safe to say Big Tech should be scared.

Read more: Vestager stays on in beefed up EU competition role in blow for tech giants

Known to many as the EU’s strongarm on Silicon Valley, Vestager has certainly made a name for herself. She’s levied billions of euros of fines against Google, launched a major investigation into Amazon and could soon be probing Facebook’s new cryptocurrency Libra. And that’s not even factoring in the €13bn (£11.6bn) in back taxes she ordered Apple to repay to Dublin authorities last year, in an unorthodox approach to state aid law that no one saw coming.

US President Donald Trump got so riled at “the tax lady” that he petitioned his country’s authorities to take a copycat approach – hitting Facebook with a $5bn (£4bn) fine earlier this summer, and a 50-state joint investigation into Google by the attorneys general announced this week.

But where does this leave the UK? In a post-Brexit world, Vestager’s long reach could set a precedent. However, the Competition and Markets Authority can impose fines only on a company’s UK assets, and with a new tech watchdog on the horizon, its place in a digital-dominant world is uncertain.

Yet another decision for the government will be how the UK positions itself as regulators and politicians in Brussels and Washington escalate their power battle. As former chancellor Philip Hammond’s wish for a digital services tax rears its head as his successor Sajid Javid’s prepares his first Budget (whenever that may be), the UK must decide on which side of the fence it sits. France recently scaled back its own tech tax plans under US pressure: should the Brits follow suit, for the sake of the Special Relationship?