Why Vestager's legacy is about to catch up with her 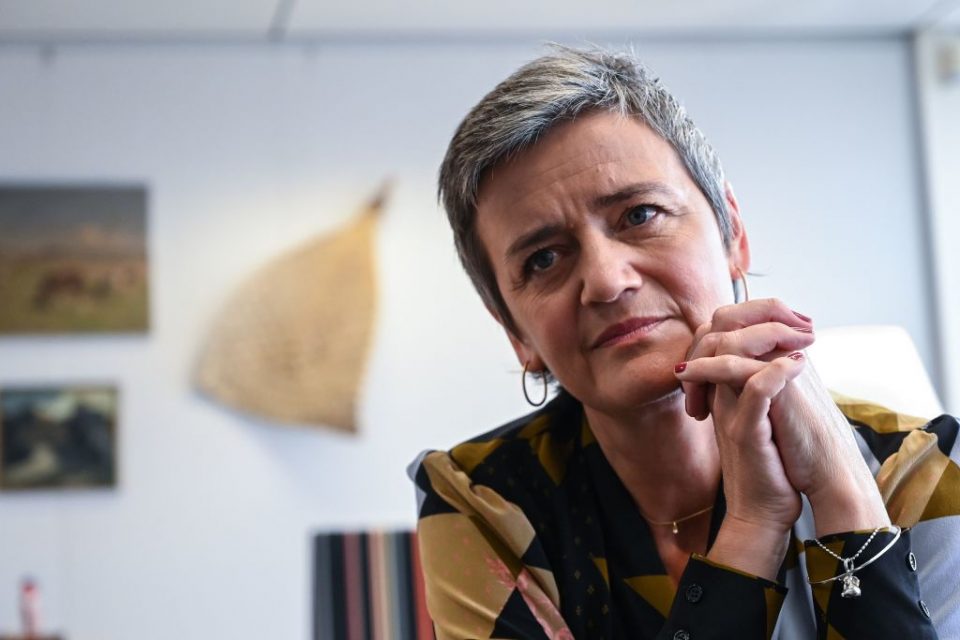 It was a week full of surprises in the world of tech antitrust regulation.

On Monday, Google found itself at the centre of a 50-state investigation by the US attorneys general into a range of anti-competitive practices. By the end of the week, publishers had hit out en masse at Google and Facebook for “unscrupulous behaviour” in dominating the digital advertising sector, revealed as part of a probe by the UK Competition and Markets Authority.

But the biggest surprise of them all was one almost nobody had predicted.

EU chief competition commissioner Margrethe Vestager had been pegged for brighter pastures, once thought to be in the running for a job at the very top of the organisation. Instead, incoming European Commission president Ursula von der Leyen had other plans.

Vestager’s profile as antitrust chief was something the EU couldn’t afford to lose, it seems. On Tuesday she was re-appointed for a second term, but with new powers added to her arsenal. Now also the bloc’s executive vice president for digital affairs, Vestager can expand her reach far beyond the world of competition law.

Known to many as the EU’s strongarm on Silicon Valley, Vestager has often complained of the limited scope in her role as competition chief. Following five years of high-profile fines against the likes of Facebook, Google and Apple – which have amounted to tens of billions of euros – she has wanted to do more than simply litigate against market dominance.

“It’s understandable that people sometimes think of competition as a panacea, a universal answer to all society’s problems,” she said in a speech on Friday.

“But competition is only part of the issue. When platforms manipulate the way we see the world, in ways that we often don’t even notice, that affects our ability to understand the world around us.”

According to those close to Brussels, her sights are seemingly set on issues close to her heart, such as misuse of data, abuse of corporation tax law and a lack of press freedom.

Whether or not Vestager will be successful in her new role is in part made harder by the legacy of her first term as competition chief.

In the coming months, the Danish politician will face a slew of court cases and appeals over the fines she levied. Silicon Valley is now ready to hit back, and it won’t be holding any punches.

Google promised to appeal each of the three penalties it has been served, totalling nearly €8bn. On Tuesday 17 September, a challenge from Apple will also begin in court over her state aid ruling, in which she ordered the iPhone creator to repay €14bn in back taxes to Dublin authorities.

Though those headline-grabbing fines are what put Vestager on the map, their efficacy has yet to be judged. Some have criticised her office for being too vague to ensure tech giants change their ways after a penalty, effectively allowing the likes of Google to pay its parking ticket and put the affair behind them.

Another thorn in her side is those making noise across the Atlantic. Far from being one to be outdone, US President Donald Trump has made his disdain for “the tax lady” who “really hates the US” known.

Trump’s administration has ordered America’s own authorities to get tough on Big Tech. The US Federal Trade Commission has already given Vestager a run for her money, after it levied a $5bn fine against Facebook this summer.

Similarly, as the UK prepares to leave the European Union, it remains a task for the government to analyse how the CMA can be most effective. As of today the watchdog can impose fines only on a company’s British assets, but with a new tech watchdog on the horizon, its place in a digital-dominant world is up for evolution.

All of this puts pressure on one frequent criticism of the Dane and her squad: their lack of speed. Some of the biggest cases in EU tech antitrust history have taken seven to eight years to compile, followed by a further three to four years before a result is heard.

With Washington and London hot on her tail, Vestager is hard-pushed to find a way to increase the pace of her litigation, while also being effective. Silicon Valley won’t go unchallenged for long.