Wall Street opened higher this morning as investors were boosted by news that President Joe Biden’s $1 trillion infrastructure bill had safely passed through the Senate.

Tech shares lost ground as investors piled into cyclicals and industrial stocks on news that the bill had secured a majority vote in the Senate, driving the Nasdaq down 0.42 per cent to 14,796.

“It’s a huge investment and a huge victory for the Biden administration but it’s not the end of the story and the bill now faces a difficult path as it negotiates its way through the House.”

Yields on 10-year Treasuries rose to 1.34 per cent as bond traders await latest US inflation data due to be tomorrow.

FTSE 100 creeps up to one-month high

The FTSE 100 edged higher today to hit a one-month high as global markets shurgged off nerves over the potential impact rising numbers of new Covid cases in Asia could have on the economic recovery. 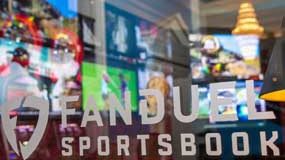 The increases came after a lacklustre start to the week yesterday, with declines in global commodities prices weighing on London’s markets.

“Continued interest in UK equities from foreign investors will also be a factor with investors becoming hyper aware that many firms are still undervalued particularly when compared with their US counterparts.”

Dragging the FTSE higher today was gambling giant Flutter, which shot up 7.81 per cent to 13,950p after beating analyst expectations for its first half results.

Revenue at the firm came in at £3bn for the period, ahead of the £2.7bn forecast by analysts.

Publisher Informa came second among the biggest risers of the day, rising 4.72 per cent to 532p, while housebuilder Taylor Whimpey ranked third, up 2.47 per cent to 178.50p.

Newly branded Abrdn lost 2.32 per cent to drop to 290.80p after its asset under management growth came in below analysts’ expectations.

Shares in the East all put themselves firmly in positive territory in overnight trading despite concerns that Chinese authorities are set to clampdown on a surge in Covid cases.

London’s strong performance was extended into Europe – the Stoxx 600 added 0.36 per cent today.