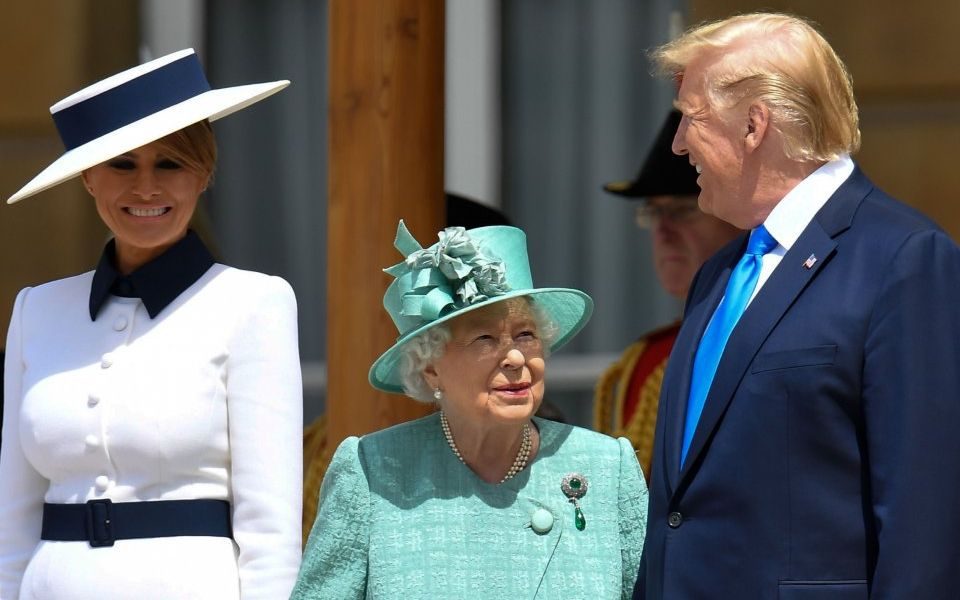 Donald Trump met the Queen for the second time as President this morning as he began a three-day UK state visit to the UK to coincide with the 75th anniversary of D-Day.

Trump's first state visit to Britain will see him meet with an array of politicians and royalty and began at Buckingham Palace, where he was welcomed with a Guard of Honour and a tour of the palace's famous Picture Gallery.

Donald Trump is in London for a three-day visit this week (Source: Getty)

Trump was met by the Guards band at Buckingham Palace earlier today, joined by his wife Melania. He becomes only the third US President of 13 to meet the Queen and be granted a state visit.

However, Trump's arrival was not without controversy. Protesters are hoping for a repeat of his July 2018 visit to the UK, when thousands took to the street to voice their anger with the President's policies and actions.

Trump broke protocol on that trip by not bowing to the Queen and later walking in front of her as they inspected the Guard.

Today Prince Charles took over inspecting duties from his mother.

Trump is not the first US President to break with protocol, however.

In 2011 Barack Obama spoke over God Save the Queen during a banquet and raised his glass at the wrong time during a toast.

The Queen will put on a four-course meal with more than 2,000 pieces of silver-gilt cutlery today (Source: Getty)

Trump will take a light lunch with the Queen and Prince Charles this afternoon before a state banquet later in the evening.

Queen Elizabeth will speak during the banquet, with Trump expected to take the microphone for a short speech.

Protesters gathered in London to voice their disapproval of the President's policies and behaviour (Source: Getty)

The meal normally includes a fish course, a meat course, a pudding and fruit.

Trump is also set to meet FTSE 100 bosses tomorrow morning in a breakfast meeting with Prime Minister Theresa May.

The President began his visit mired in controversy as he tweeted that Mayor of London Sadiq Khan is a "stone cold loser".

He also insulted Khan's height and claimed the mayor has "done a terrible job" of governing the capital.

Khan responded that the comments were "much more serious than childish insults".