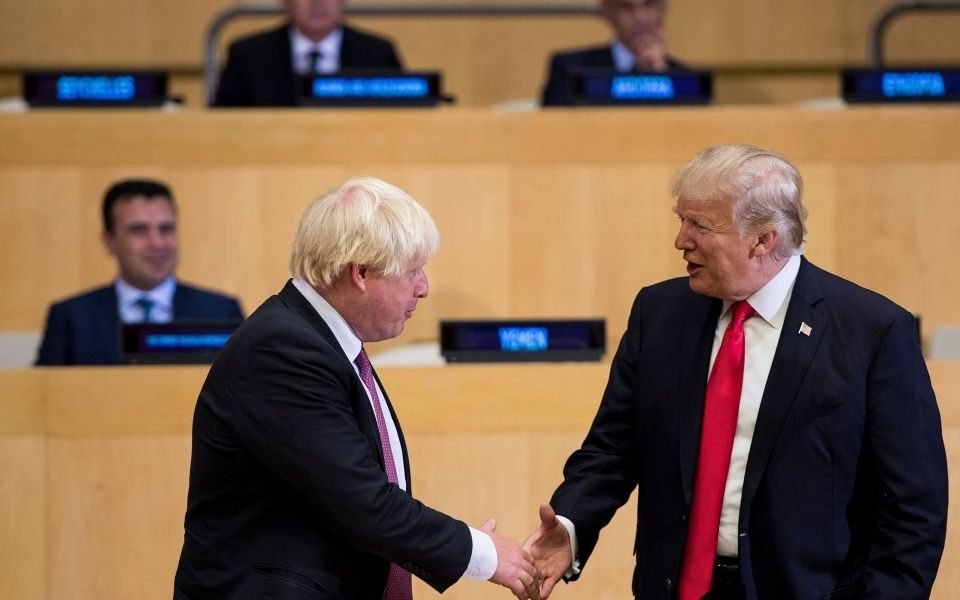 US President Donald Trump has labelled Tory leadership hopeful Boris Johnson as an “excellent” candidate to become the next Prime Minister.

Trump said he had been asked for endorsements from a number of candidates ahead of his visit to the UK, in an interview with The Sun, claiming: “I could help anybody”.

On Johnson, Trump said: “I think Boris would do a very good job.”

“I actually have studied it very hard. I know the different players. But I think Boris would do a very good job. I think he would be excellent. I like him. I have always liked him,” he said.

"I don't know that he is going to be chosen but I think he is a very good guy, a very talented person."

The US president refused to reveal who else had asked for endorsements but insisted that he could help any of them by endorsing their quest to become the next party leader.

He also admitted he looked favourably upon foreign secretary Jeremy Hunt, but did not approve of Michael Gove’s criticism of him and his comments on Iran.

Trump also told The Sun that the UK had "allowed the European Union to have all the cards" in their Brexit negotiations.

"It is very hard to play well when one side has all the advantage," he said.

He criticised those negotiating for their failure to put pressure on the EU, stating: "They didn't give the European Union anything to lose."

Read more: Donald Trump's UK state visit: Where and when are London protests?

Despite demonstrations planned for his visit to the UK next week, just as they were last year, he said he hoped he was “really loved” by the UK.

"I don't imagine any US president was ever closer to your great land," he said.