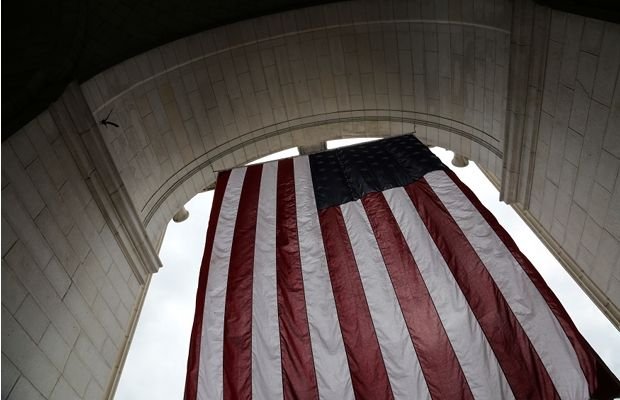 US GDP has come in at 1.7 per cent in the second quarter, well ahead of economist forecasts, with a consensus prediction of 1.2 per cent growth.

That news has driven up the dollar against the pound (note that this is the second spike after good private sector job creation numbers 15 minutes before):

GDP for the first quarter has seen a susbstantial downwards revision, from 1.8 per cent to 1.1 per cent. So it's not all good news, but these figures suggest that we should be less worried about decelerating growth across the Atlantic.

Historical revisions are looking good too. Growth for the whole of 2012 has been revised upwards from 2.2 per cent to 2.8 per cent.

Still worth bearing in mind that this is the first GDP print with the new methodology, which treats research and development as contributing to output.

I know some folks were a little worried about a negative print on Q2 GDP so 1.7%, while really weak, is a relief

Q2 better than expected, but Q1 worse than previously believed. So instead of a slowdown, we have an "acceleration." #GDP