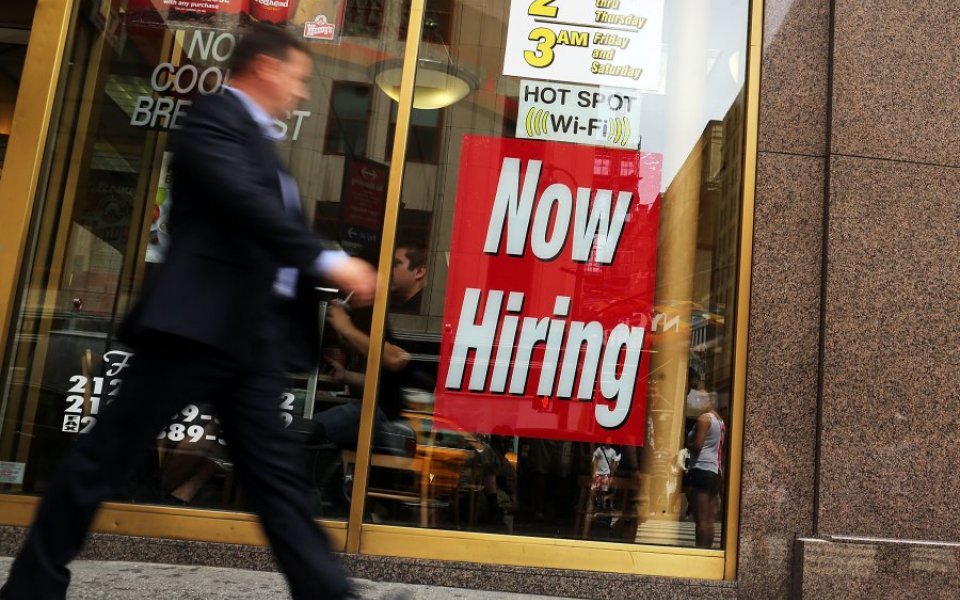 The US jobs market had a robust September.

The number of job vacancies in the US edged up to 5.5m from 5.4 in August, according to Jobs Openings and Labour Turnover report publishhed by the Bureau of Labor Statistics today.

The reports showed that the total number of hires was 5m, also little changed from August.

The number a quits, which is used as a gauge of worker confidence, came in at 2.7m, unchanged from August. The quits rate has held between 2.7m and 2.8m for the last 13 months after steadily edging upward since the end of the recession.

The data paints a picture of a labour market in fine fettle. Figures published last week showed that the US unemployment rate had fallen to a seven-year low.

The number of job openings is up 18 per cent year-on-year and now close to a record high. Economists are expected pay to begin rising unless employers hire more people who left the labour market during the recession.

"Whether employers can continue to be so picky as the unemployment rate drops to very low levels is an open question, but if they do it's hard to see how rising net demand for labor can't be followed by accelerating wages," said Ian Shepherdson, chief economist at Pantheon Macroeconomics.

The US participation rate – the percentage of the population over the age of 16 that is in the labour force – is 62.4 per cent, below pre-recession levels of 66 per cent. It shows a number of people who lost their jobs during the recession have yet to return to the jobs market.