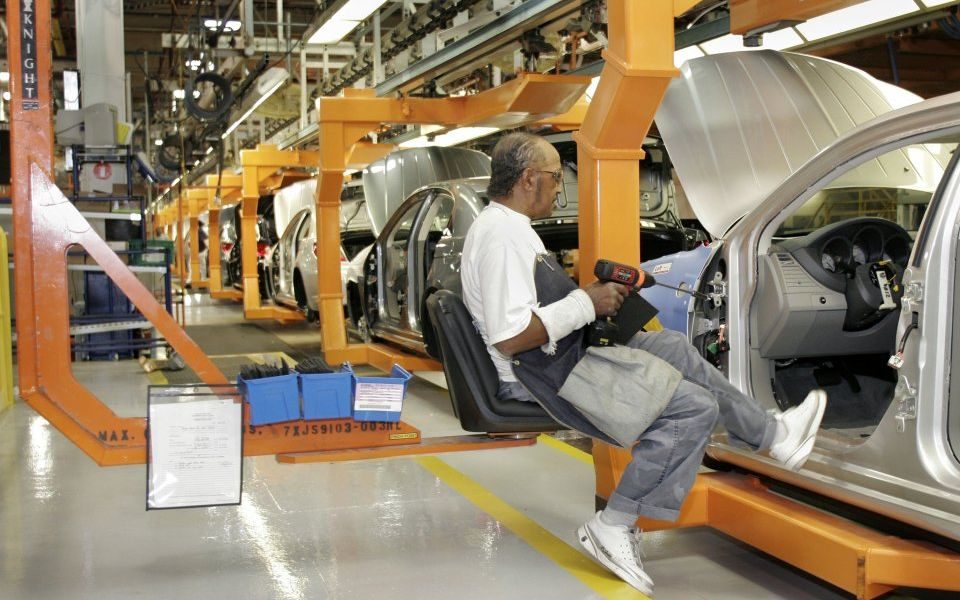 US industrial production unexpectedly fell for the third time in four months in news that will displease the Trump administration as it wages a trade war on China.

Industrial production fell 0.5 percent in April, meaning output declined at an annual rate of 1.9 per cent in the first quarter, according to official data released today by the Federal Reserve.

The news, combined with investor jitters over increased US-China trade tensions, sent the S&P 500 stock index down 0.8 per cent shortly after opening, while the Dow Jones industrial average fell 0.5 per cent.

A shrinking manufacturing sector will bolster the Fed in its “patient” approach to future interest rate hikes, but may increase calls from US President Donald Trump for a rate cut, which he issued again yesterday.

Trump has long justified his trade war against China as bringing manufacturing jobs back to the US, meaning today’s figures will cause headaches for the President.

The manufacturing sector shrank 0.5 per cent in April compared to the month before, suggesting global demand remains subdued, while the production of consumer goods fell 1.2 percent.

The US utilities sector shrank 3.5 per cent in April month-on-month due to warmer weather causing less demand for heating.

Production decreased for business equipment, construction supplies, and business supplies, but output grew in defence, space equipment and for materials, the Fed said.

Andrew Hunter, senior US economist at Capital Economics, said the fall “was much weaker than the modest rise we had expected, and comes despite the recent improvement in some of the global manufacturing surveys”.

Read more: China retaliates with tariffs on $60bn of US goods

“That said, there have been some more encouraging signs,” he said. “The regional Empire State manufacturing survey, released earlier today, rose to a six-month high in May. That suggests that manufacturing output won’t continue falling for much longer.”