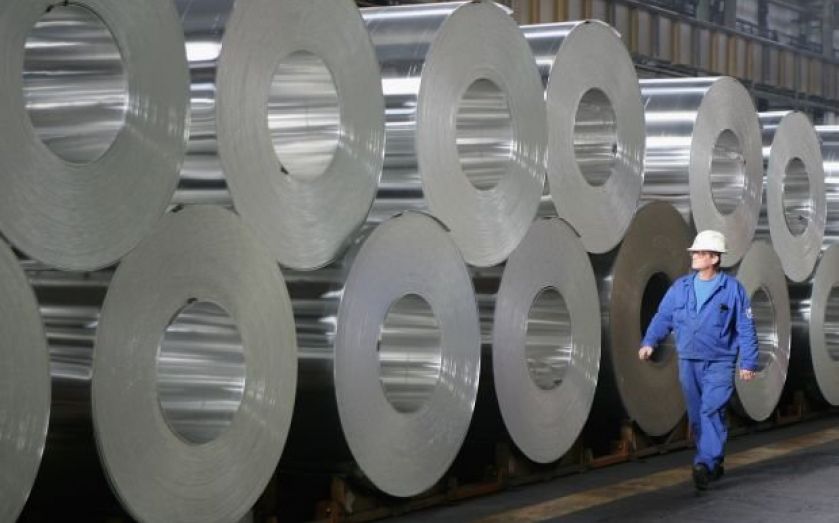 Alcoa, the huge US based aluminium producer, has continued its diversification as it announced it will buy UK based aerospace company Firth Rixson from owners Oak Hill Capital Partners, in a deal worth $2.85bn (£1.67bn).
Firth Rixson, which is based in Sheffield but has facilities in the US, China and central Europe, manufactures aerospace parts including rolled engine rings for the hottest parts of jet engines. The aerospace sector accounted for 75 per cent of its  revenues in 2013, but it is also involved in manufacturing parts for the gas, oil and mining industries.
Alcoa said it expected revenues at Firth Rixson to rise to $1.6bn in 2016, up from $1bn in 2013.
And Alcoa boss Klaus Kleinfeld said that the acquisition “is a major milestone in Alcoa’s transformation.”
The acquisition comes as Alcoa looks to shift its portfolio towards manufacturing for the aerospace and automotive industries, as the aluminium market has suffered for years from depressed prices due to an oversupply in the world market.
Earlier this year Alcoa closed smelting facilities in Australia due to tough conditions in the aluminium market, although it remains the third largest aluminium producer in the world.
Denis Nayden, managing partner at Oak Hill Capital said of the deal: “We are excited about the equity we are receiving in Alcoa and confident that the combination of Alcoa and Firth Rixson will achieve great success as a strategic supplier to the world’s best aerospace companies.”
The deal remains subject to regulatory approval, and is expected to be completed by the end of 2014.
Shares in Alcoa rose two per cent yesterday to close at $241.62.

THE DEAL IN DETAIL