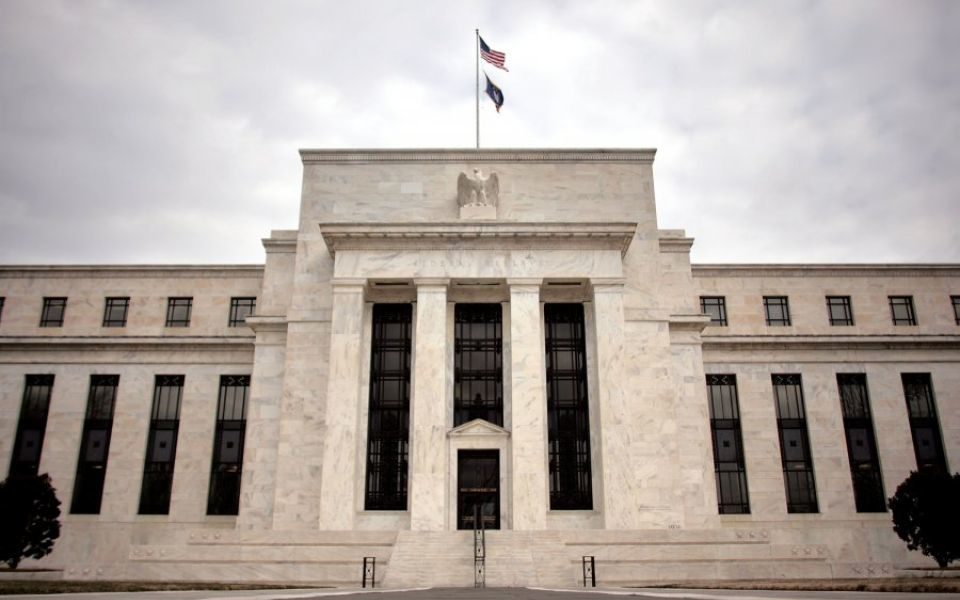 The Federal Reserve tonight announced that it will hold interest rates and predicted no hikes this year in a dovish decision amid stronger economic headwinds than previously anticipated.

In line with market expectations the Fed also said it would slow the reduction of its holdings of US Treasury bonds, built up following its programme of quantitative easing (QE).

It also cut its growth forecast for the US economy.

Read more: US job creation at lowest ebb since September 2017

In a statement released following a two-day meeting, the Federal Open Market Committee (FOMC) said: “In light of global economic and financial developments and muted inflation pressures, the committee will be patient as it determines what future adjustments to the target range for the federal funds rate may be appropriate.”

The median forecast for the Fed's main lending rate was 2.4 per cent, the so-called dot plot of committee members' interest rate projections showed, down from the 2.9 per cent set out in its last rates announcement in December. It foresaw one rate hike in 2020.

It also said GDP growth would slow to 2.1 per cent this year from the previous forecast of 2.3 per cent, while it forecast the unemployment rate for 2019 to be 3.7 percent, slightly higher than its December projection.

It lowered its inflation prediction for 2019 to 1.8 per cent, down from December’s figure of 1.9 per cent, saying: “On a 12-month basis, overall inflation has declined, largely as a result of lower energy prices.”

The central bank intends to continue to allow its holdings of mortgage-backed securities (MBS) to decline, in line with its aim of holding primarily Treasury securities in the longer run. From October 2019 it will reinvest principal payments from other types of debt in Treasury securities, it said.

It will slow the reduction of Treasury security holdings to a maximum of $15bn per month, compared to its current rate of up to $30bn per month, it said.

Kevin Doran, chief investment officer at AJ Bell, said: “The Fed, just like every other major central bank, has found itself backed into a corner on policy. Despite protestations to the contrary, it seems evident that the Fed is kowtowing to stock market reaction to the prospect of higher interest rates and increasing levels of political interference.”

He added: “Maybe we should cut out the middle-man and leave Trump to announce rates on Twitter?”

Senior vice president at Fisher Investments, Aaron Anderson, criticised the decision, saying: “The Fed needs to continue shrinking its balance sheet in order to re-establish interest rates as the primary policy tool. A smaller balance sheet will increase competition for deposits and allow deposit rates to increase from their current meagre levels – bad for bank profits but good for almost everyone else.”