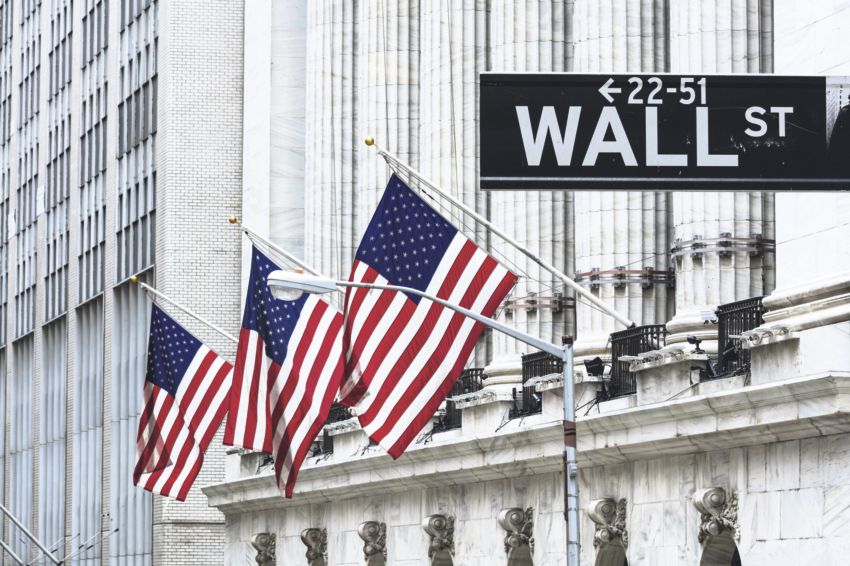 The S&P 500 is near record highs, the US economy continues to grow, and the Fed is gently cutting rates in order to help sustain the expansion. Yet sentiment remains fragile at best. Investors are it seems determined to find the ‘next 2008’ at every turn, fretting that a US recession is near and that a 40 per cent drop in the S&P 500 is getting closer.

First, the bad news. Earnings are weakening, in a manner that has not been seen since 2016. According to FactSet, earnings fell 4 per cent in Q1 and 2.7 per cent in Q2, and a fresh decline is expected this time as well. This comes off the back of ten consecutive quarters of earnings growth, stretching from Q3 2016 to Q4 2018. A third quarter of declines would make it difficult for the S&P 500 to continue to gain in the short-term, but would not necessarily imperil the longer-term bull market.

Previous peaks in earnings have not spelled doom for the equity rally anyway. If we were to assume that earnings had peaked, a very ambitious assumption, then over the previous three decades around five-and-a-half years elapse before a real bear market begins, which might suggest a significant decline in equity indices is unlikely to occur before 2024. It is more likely that this period of weakness is a necessary counterpart to the strength seen from 2016 until the end of 2018.

Moving on from earnings, we look at the macroeconomic picture. It is hardly controversial to say that we are nearer to the next recession than to the previous one. But this does not mean one is imminent, either. One is however likely in 2020 – unemployment claims have bottomed for now, something that usually happens around a year before the recession, while new home sales peaked two months ago, giving us, on average, another thirty months before a recession. But this merely tells us what we already know, namely that the US economy is in the late-cycle element of the economic expansion.

Crucially, the Fed is acting to sustain the expansion by cutting interest rates in a slow and steady manner. US GDP has been growing by 2 per cent per quarter over the previous three quarters, and while this is a slowdown on the 3 per cent of the preceding three quarters, it remains a solid rate of growth for a mature economy like the US.

In addition, retail sales have yet to peak. The stock market is not the economy, and even in a consumer-driven economy like the US there is more to the picture than retail sales, but there seems no slowdown in the pace of overall retail sales, measured by total volume. Americans continue to spend, sending a positive signal about the longer-term outlook.

Over the longer-term, the S&P 500 is not expensive. At around 17 times forward earnings, the index is closer to its 25-year average than it was towards the beginning of 2017, when a steady one-year rally beckoned. The volatility of 2018 saw the valuation fall below the 25-year average, to around 15 times earnings. Admittedly, this is above the valuation seen before the Great Financial Crisis, which was around 15 times forward earnings, while in 1999 the S&P 500 was at 24 times earnings.

There are risks to the outlook, and it is important to be aware of them. Chief among them, of course, is the US-China trade war. While it may take time to come to a resolution, it does look as if there are grounds for optimism. As the US election nears, the desire to do a deal will rise in Washington, even if this then clears the way for Mr Trump to begin a new trade spat, this time with Europe. A broader conflict in the Middle East, where Turkey is flexing its muscles and Saudi Arabia and Iran are at loggerheads, is another reason to be cautious.

In truth, it is always easy to find a reason to be worried. The US debt ceiling crisis, the Greek crisis, the China panic of 2015 have all come and gone since the great rally of 2009 began, and all at the time seemed like harbinger of a fresh bear market. Looking back, it seems strange to think that investors become so concerned, but investing is always much easier in hindsight. The sideways movement of 2018 seems to have been a necessary reaction to the rally of 2016-2018, which itself followed on from the trading range of 2015 and early 2016. It is not hard to believe that 2018/19 will resolve into another long-term move higher.

It is entirely possible that, backed by strong earnings and healthy economic data, plus a supportive Fed, equities in the US will continue to move higher.