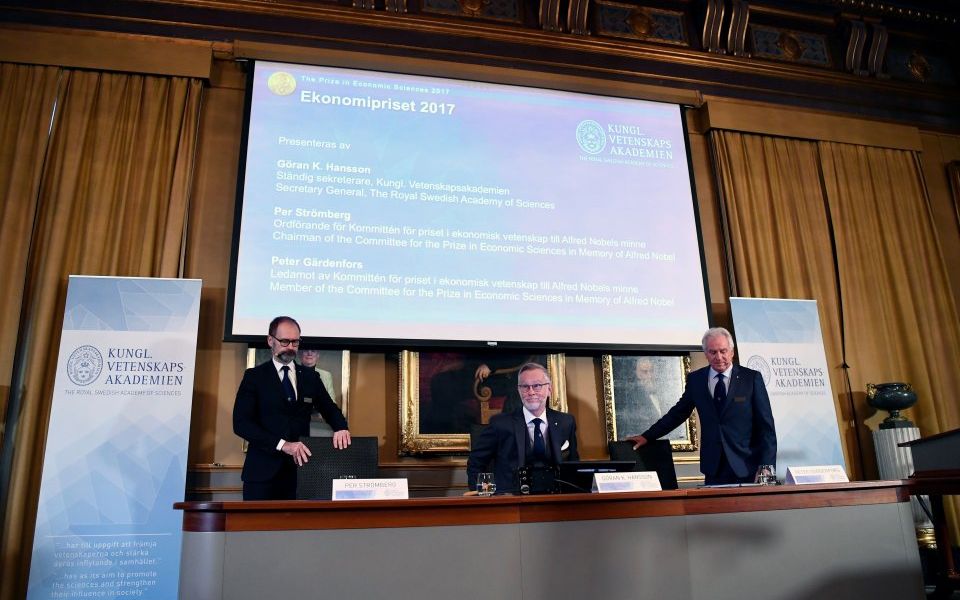 Two US economists have won with this year’s prestigious Nobel Economics Prize for work in integrating climate change and technological innovation.

William Nordhaus has been recognised for his work on the damaging financial implications of environmental factors such as climate change, while Paul Romer has examined how economists can achieve a healthy rate of economic growth.

The Nobel Prize committee, which announced its decision late this morning in the Royal Swedish Academy, said that the duo have taken macroeconomics to a global scale and tackled some of the world’s biggest problems.

It is the final Nobel prize to be awarded this year, coming as the latest in a series of largely unexpected decisions taken by the committee, including its notable lack of a literature award for the first time in 70 years.

Paul Romer said:"It is entirely possible for humans to produce less carbon… Once we start to try to reduce carbon emissions, we’ll be surprised that it wasn’t as hard as we anticipated."

Last year the prize went to US economist Richard Thaler, a co-founder of the so-called "nudge" theory, which makes the case for positive reinforcement in helping to shape behavioural decisions.