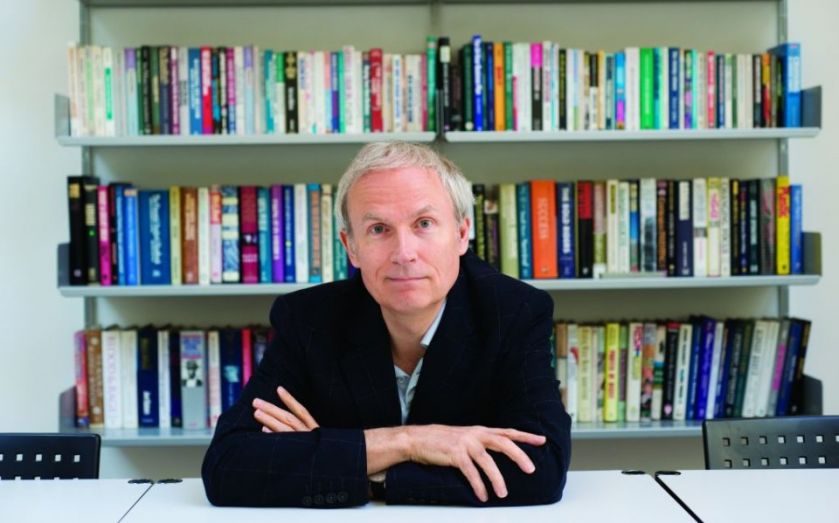 It's a big wide world, and there’s a lot to be done. It’s important to have a sense of urgency.” This is business polymath Luke Johnson’s answer to why it is that he has quite so many business interests – his industriousness is astonishing.

Johnson, who waded into the world of business after getting a taste for it at university, and following a stint as a stockbroker, owns private equity firm Risk Capital Partners. He is the founder of Strada, the man who got Pizza Express and Patisserie Valerie on many a street corner, and the founder of Signature Restaurants (the brand behind The Ivy and Le Caprice).
He’s also the former chairman of Channel 4 and current chairman of  The Institute of Cancer Research and StartUp Britain – and this is to name but a few of his positions. He’s currently chair and part-owner of two travel companies, but he also founded Integrated Dental Holdings, which became the largest chain of dentists in the country. He sold this firm for £100m in 2006.
His father is 87 and still working, and Johnson plans to go on “until he drops”. But it isn’t all about work for work’s sake. “I have a lot of balls in the air, and sometimes it does feel a bit crowded… but I’ve been very lucky. I enjoy taking advantage of opportunities; life-long learning is a great philosophy.” And this is sort of the point about Johnson: all his business interests, to a greater or lesser extent, reflect a life interest, a passion. That’s why he’ll go on forever – he knows how to make work pleasure.
Sometimes, sentimentality has got the better of him – or at least contributed to a pear-shaped outcome. When he bought Borders book store in 2007, he did so at a discount (£10m) and “thought it’d be a quick turnaround”. But he had underestimated the seismic shift that had taken place in the industry; the force of Amazon, cheap supermarket deals and new forms of entertainment – “I got carried away; I love books… but it turned out to be an illusion”. Having ploughed £2m into the firm, Johnson lost all his money when it was sold. But this is his worst failure story – and it didn’t stop him.

CULT OF THE ENTREPRENEUR

Johnson is now accustomed to using his experience to help others. At the back end of 2013, he launched the Centre for Entrepreneurs, a not-for-profit think tank which works to support and promote UK entrepreneurs. The Maserati 100, which the think tank runs in partnership with the luxury carmaker, seeks to champion some of the country’s top entrepreneurs who regularly give back to those at an earlier stage in their journey.
For Johnson, being an entrepreneur means “controlling one’s own destiny”. Being able to determine your own future and get fair credit for it is vital, he says. He’s glad that the public sector is shrinking and that the regimented, statist working world of the past is fading.  “I hope the era of big business has peaked… that corporate life is history”.
While he is adamant that entrepreneurs “must look to self-help,” we also need a government “that believes in the private sector and capitalism, that sees the merit in enterprise and the ability to make a profit”. The last thing we want out of the impending General Election, he says, is a Westminster filled with “those who demonise wealth creators” – because then “there have got to be risks that entrepreneurs get up and leave”.
He points to the Laffer Curve, which shows that, when tax rises past a certain point, people work less hard, or not at all – and that reduces revenue. On the voguish topic of inequality, Johnson is clear: “inequality isn’t what matters to people, it’s getting a full-time job… and it’s not the government or big business that create jobs, it’s entrepreneurs”. That said, this government, Johnson adds, has “done a lot – probably more than any I can remember – to promote enterprise”.

Beyond the election, Johnson is strongly behind a referendum on the UK’s EU membership. “It’s sclerotic, backward-looking. It was formed as an economic entity; I worry that it’s transmogrified into something wholly different… the idea that trade will be stopped if we leave is fantasy.”
Johnson points out that most of us weren’t around to vote on the EU, so there’s a “democratic deficit”. Big businesses have no reason to leave, he says, because “when they’re giant, they can afford the paperwork,” and there are “barriers to entry for smaller firms” from which they can profit. But in the end, it’s a problem with groupthink, he says. “Think how many people said, ‘we have to join the euro or we’ll be doomed’. The crowd can be wrong; what a catastrophe that would’ve been.”
Johnson, of course, is used to making his own kind of music – and he knows the weight of being the first mover: “often, it’s the pioneers who incur the expense and the mistakes, and it’s the third or fourth owners of a business that take the advantage”. He calls this “the pioneer’s curse”. Aside from taking on extant businesses, one way Johnson has countered this is to never embark on a venture without a partner: “it’s an essential belief of mine; you share the burden and the benefits”.
He’s more upbeat than ever on the climate for budding entrepreneurs. Government is supportive from an appropriate distance, technology makes failure more manageable, he says, and funding opportunities are “unprecedented”.
One critique Johnson has of himself is that he’s “not as global in my outlook as perhaps I should be. If I were a 20-something starting out now, a global outlook would be a necessity. Everything is so much more accessible”.  With unbroached opportunities and possibilities there for the taking, this, says Johnson, is the “best time in history to start a company”.