The UK's best and worst supermarkets: How did Sainsbury's, Asda, Aldi and Lidl do? 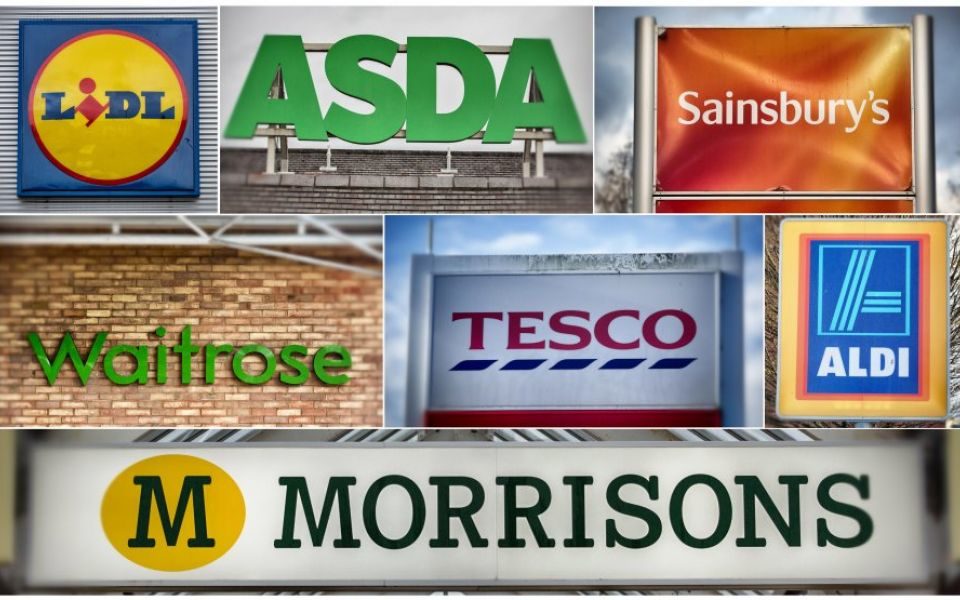 The big four supermarket chains have lost ground to budget rivals in a survey of shopper satisfaction, as customers grow increasingly dissatisfied with the the quality of in-house labels.

Aldi and Lidl outperformed the big four with customer satisfaction scores of 68 and 66 per cent respectively, according to a Which survey of 12,000 shoppers released today.

Shoppers were particularly impressed with the German discounters’ high value for money, awarding them both a full five star rating.

Here's Which's ranking of the UK's best and worst supermarkets according to customer satisfaction rates:

Asda came in at the bottom of the list for both in-store and online shopping categories.

Customers surveyed between October and November 2018 took issue with the supermarket’s food quality, awarding its in-house brands the lowest possible score of one star.

More than half of Asda customers said that they had experienced problems with their online orders, including receiving bizarre substitutes such as parsley instead of basil, potato gratin instead of macaroni and cheese, and red wine vinegar instead of regular red wine.

An Asda spokesperson cited a separate Yougov survey rating it as the second most recommended supermarket, and said it is currently the fastest growing online retailer.

They added: “We are always open to feedback and read these surveys with interest as our absolute focus is delivering great quality and value for our customers."

Here are the UK's best and worst UK online supermarket services according to Which's survey:

Tesco and Sainsbury’s came in at third and fourth place from the bottom, with in-store customer satisfaction ratings of 59 and 63 per cent respectively.

Customers praised both stores for their online shopping experience but said that prices have become more expensive, giving each two stars.

Morrison’s came out on top of the big four. The supermarket scored highly for its large range of products and short queues, but was let down by its in-house labels, which one shopper described as “tasteless”.

Ocado was the winner in terms of online shopping, with customers awarding it five stars for its delivery slots availability, range of products and drivers’ service.

Harry Rose, editor of Which magazine, said: “People today have more choice than ever on where to do their food shop and staying local to one supermarket has become a thing of the past. The big supermarkets really need to up their game if they’re going to keep their customers coming back.”