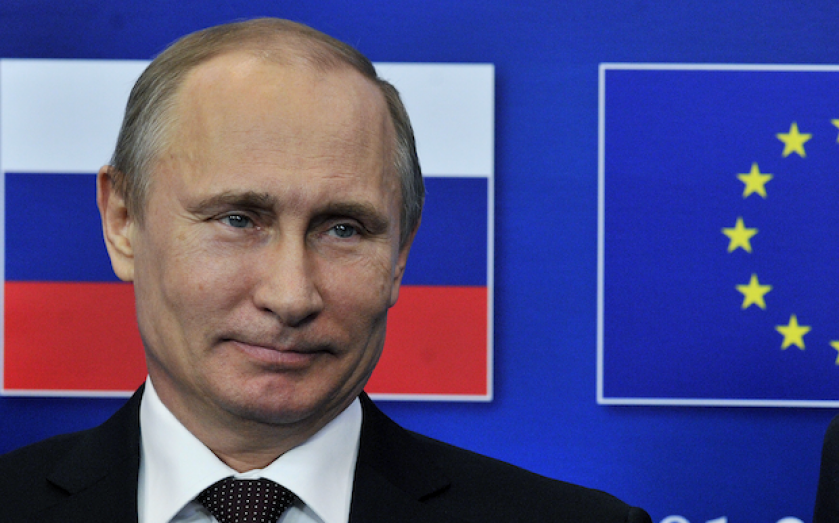 Trade between Russia and the EU slumped in the first three months of 2014, according to figures to be released by Eurostat on Friday, reports Euractiv.

EU imports from Russia dropped nine per cent in the first quarter compared to the same period last year, with the volume of Russian imports standing at €49bn (£40bn), with the aggregated figure reaching €54.4bn.

Meanwhile, the EU's exports to the Russian Federation plummeted by 10.5 per cent. One consequence of the sharp decline has been a narrowing of the EU's trade deficit, from €25.7bn to €23.5bn.

The most obvious reason for the fall is Russia's intervention in Crimea and uncertainty around its intentions with regard to the rest of Ukraine. However, there is more at work here than an international crisis.

A significant contributor to the disappointing figures was the much more benign ingredient of a mild European winter. Around half of Russia's trade is conducted in the EU, with the bloc importing 27 per cent of its gas from Russia.

A warmer winter led to a significant reduction in gas imports and consumption, which only bounced back when the cold returned between February and March. This was at the same time when Russia was in the process of annexing Crimea, although the law formalising the takeover was not signed until 21 March.

EU leaders have been seeking new ways to wean the continent off its reliance on Russian gas supplies, while Vladimir Putin has turned Russia's attention to the east in search of new buyers of natural gas.

Tensions between the West and Russia have escalated significantly since the start of the year, with the EU and the US imposing targeted sanctions on individuals and institutions.

However, the more severe phase-three sanctions have not been imposed. Furthermore, it remains highly unlikely that Russia or the EU will take significant steps to worsen the situation with regard to trade.

In March, Goldman Sachs concluded that the possibility of the EU imposing serious economic sanctions on Russia was low, due to North West Europe's need for Russian gas volumes to refill inventories this summer.

The scenario of Russia unilaterally deciding to stop selling gas to the EU is also a slim possibility at best, since such actions would deprive Russia of much needed revenue.

Russia's economy was already fragile prior to the crisis in Ukraine, with GDP rising just 1.3 per cent last year, while investment and net exports fell.

It would certainly be a strange direction of travel for Kremlin to take further action that could damage its economic well being. The annexation of Crimea is already estimated to cost Russia somewhere in the region of $3bn a year, with the wider economy likely to grow by just 0.8 per cent in 2014.

However, the fall trade is not just bad for Russia but for many EU member states as well. Taking the UK as an example, London serves as a key finance and service centre for Russia, while 9.5 per cent of UK car exports went to Russia last year.