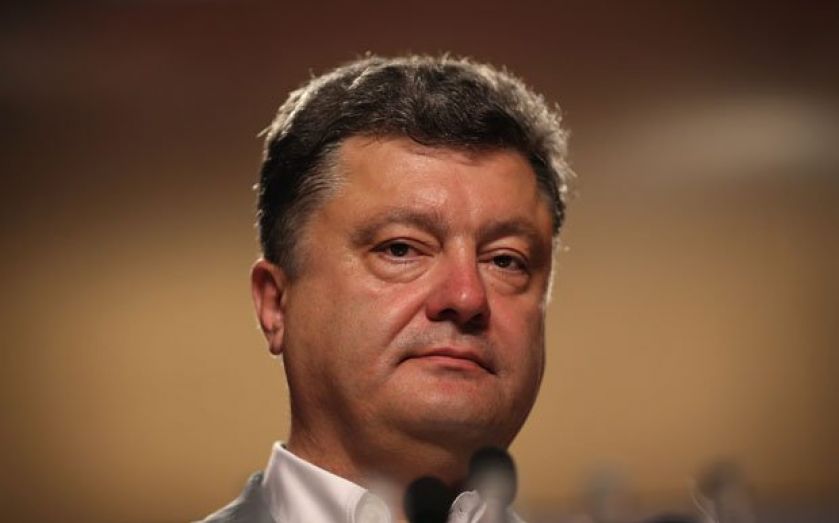 IT IS a standard rule of thumb in global risk analysis that the side in a conflict calling for a ceasefire is the side that is losing. Until two weeks ago, President Putin of Russia – seeing his Kremlin-sponsored separatists on the run in the face of a rejuvenated Ukrainian army – was all for an immediate halt in the fighting. Following the stunning military turnaround brought about by Russia’s direct intervention in the conflict, yesterday it was the turn of President Poroshenko of Ukraine to call for hostilities to come to an immediate end.

While the Ukrainian prime minister subsequently rejected a peace plan issued by Putin, and the fighting has not been brought to an absolute conclusion, Ukraine has still committed an about-face that tells you all you need to know about who has finally come out on top in a war that has now claimed almost 2,600 lives.

Ironically, Putin and Poroshenko’s interests line up in such a way that any ceasefire that can be agreed may well hold. For Putin has gotten almost all of what he wants from the conflict, while Poroshenko must realise he never will. The Ukrainian President has tacitly conceded that he cannot win, as the West will (rightly) not ride to his military rescue. As such, he stands no chance of defeating a Russia that simply cares more about the outcome of the conflict than its Nato adversaries. As Putin grimly and accurately told EU Commission president Barroso just days ago, Russian troops could take Kiev itself in two weeks if he wanted them to.

What Poroshenko would gain from an end to the war is to stop the bleeding, both literally and economically. Just yesterday, the IMF – reviewing its massive $16.7bn loan that is keeping Ukraine afloat – startlingly predicted that another year of fighting would compel Kiev to ask it for another $19bn, certainly a ruinous course of action. Outclassed by the Russian army, economically bankrupt, and with the scourge of war loosed on its territory, an end to the conflict would promise a blessed release indeed.

But the Kremlin too has good reasons to want to wind down the war. It is certainly not a coincidence that a ceasefire process was floated the day before a Nato summit is set to convene in Wales, whose primary purpose is to discuss how to get tough with Putin. Due to significant western sanctions, the rouble has declined by 25 per cent over the past 18 months, with the Russian central bank soon having little choice but to raise interest rates to defend it. Doing so is certain to further dampen Russian growth, already estimated to amount to nothing in 2014.

As if living on another planet, President Obama commented yesterday that, for a ceasefire to work, Russia must stop meddling in Ukraine’s affairs. To the contrary, the outcome of negotiations following an end to the violence is likely to codify it. Kiev will have to accept more autonomy for eastern Ukraine than it is comfortable with; de facto creating a territory that looks more to Moscow and less to Kiev. Ukraine will have to forget about membership in either of the two main western clubs – Nato and the EU – and Putin will have the neutralist, politically divided, economic basket case on his doorstep that he has always wanted.

But rather than glumly forgetting about this defeat, the West must use it as a rallying cry, keeping up the pressure with the sanctions already in place, making it clear that adventurism on its borders does not pay. Again, the West may have lost the poker hand in Ukraine, but Putin must not be allowed to cash his chips without paying a prohibitive price.

Dr John C Hulsman is senior columnist at City A.M. He is a life member of the Council on Foreign Relations, and author of Lawrence of Arabia, To Begin the World Over Again. He is president and co-founder of John C Hulsman Enterprises (www.john-hulsman.com), a global political risk consultancy, and available for corporate speaking and private briefings at www.chartwellpartners.co.uk