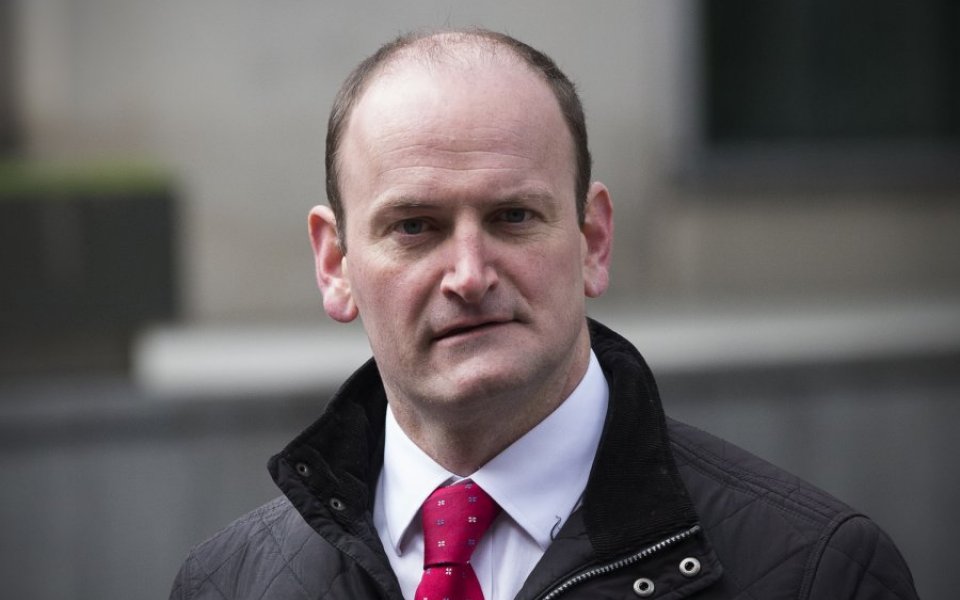 Former Tory backbencher Douglas Carswell was in a bullish mood when we met last Thursday, insisting that the Out campaign had enjoyed its best week so far.

Carswell, now the UK Independence Party’s sole MP, believes that David Cameron’s “vacuous demands” over EU reform provided a boost to the eurosceptic side of the debate.

“There’s nothing there,” he said. “Dave’s great New Deal is a mythical beast.”

Of course Carswell desperately wants to leave the European Union – it’s one of the reasons he entered politics, he says.

Most polls are looking like that won’t happen. “But it’s all about momentum,” he tells me at Portcullis House. “We’re probably a year out from the referendum. If you compare it with the Scottish referendum, we’re in a much better position than the Scottish anti-establishment side were at that time.

“The gap is closing. There are still a huge number of undecideds and they seem to be falling disproportionately towards us.”

Carswell says he’ll never join the Conservative party again, since realising he’s “not really a conservative”. Nevertheless, he knows the party well and says it’s not a minority opinion among Conservative benches that Cameron’s demands are hollow.

“Over 100 MPs are signed up to Vote Leave and on the backbenches it is certainly a majority opinion. One of the significant consequences of Cameron’s empty hand is a lot of Conservative MPs are now drifting into the Vote Leave position.”

And what of the business community? Last week the campaign group Vote Leave, of which Carswell is at the forefront, faced criticism in some quarters for the vehemence of its attack on the pro-European CBI.

“They’re on the back foot, momentum is with us, and I think we’re going to win,” Carswell says.

“The CBI is to measuring what British business thinks about EU membership what Volkswagen is to carbon emissions tests. They’re methodologically rather suspect.”

Some businesses want to stay in the European Union, Carswell concedes. But that’s because “those businesses – big corporations and banks in particular, but also lobby groups – that have a clear vested interest in a commercial system based on lobbying and the granting of permission, who are going to love the EU.”

“But they are not representative of the broad bulk of business in this country, who can’t afford to rig the rules. I also happen to think there is something unethical about gaining market share by fixing the rules by hiring lobbyists.”

“I believe in the free market, and the corporatist vested interest in Brussels who are rigging the system to their advantage are not helping us be competitive. Competitiveness, like red tape and all problems in the EU, has been a problem all Prime Ministers have said they’ll address, but nothing ever changes.”

The Vote Leave group has taken fire at the CBI, arguing that its support for British membership of the EU means it is “misrepresenting its members and the wider business community,” and demanding that the City-based organisation rows back on its position.

Back in Westminster, Carswell believes it is not just the CBI, but even the Prime Minister, who needs to question his support for the Remain campaign. “[Cameron should] stand up and say: We are not going to get a new deal, so I will lead the Out campaign,” he says.