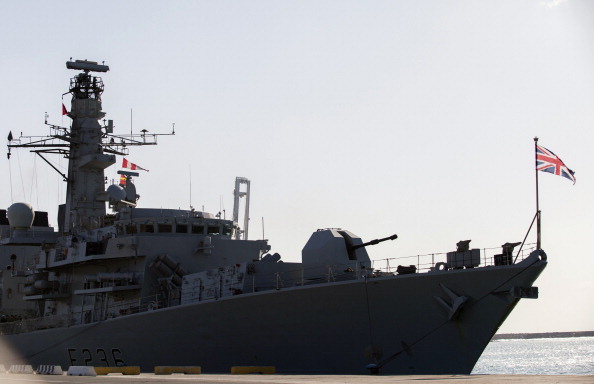 The UK has reportedly raised security measures for British-flagged ships in Iranian waters to the highest level after the Royal Navy blocked an attempt to seize a British oil tanker.

HMS Montrose was forced to intervene when three Iranian Islamic Revolutionary Guard Corps boats attempted to block the BP-operated British Heritage on its passage into the Strait of Hormuz.

The UK has now raised its security code for ships in the area to “critical” level, Reuters reported, citing a security source.

The highest security level is reserved for times when there is a “probable or imminent” risk of a security incident and requires boats to ramp up their protective measures, according to the International Maritime Organisation.

US Army general Mark Milley said his country was in talks with its allies to provide escorts for oil tankers in the Gulf.

“I think that that will be developing over the next couple weeks,” he told a Senate hearing.

The standoff came a week after the UK seized an Iranian oil tanker in Gibraltar in a move that sparked threats of retaliation from President Hassan Rouhani.

But foreign minister Mohammad Javad Zarif today said the allegation that Iran tried to block the British ship was “worthless”. A government spokesperson urged Iran to “de-escalate the situation in the region”.

A security source told Reuters the UK would defend its maritime interests, but did not plan to escort every British-flagged vessel through the strait.

It came as Gibraltar police said they have arrested the captain and chief officer of the detained Iranian tanker on suspicion of violating EU sanctions.

A senior Iranian military commander warned Britain and the US would regret detaining the vessel.

Tensions have been rising between Iran and the US over President Donald Trump’s decision to withdraw from a 2015 nuclear deal more than a year ago.

The US has ramped up sanctions against Iran in a bid to bring its oil exports to zero. Tehran has responded by breaching limits on uranium enrichment outlined by the nuclear pact.

But the crisis has threatened to spill over into conflict in recent weeks, with the US blaming Iran for attacks on oil tankers.

Last month Trump ordered air strikes against Iran after an unmanned US drone was shot down, but called off the attack at the last minute.