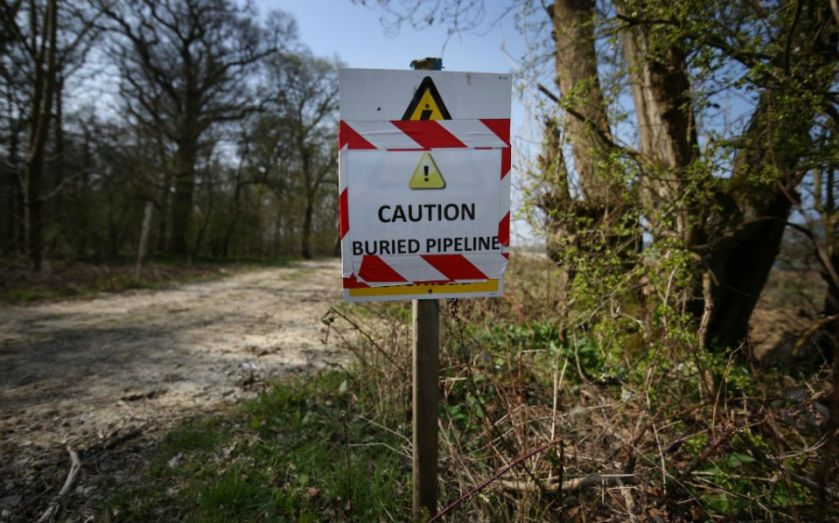 UK Oil & Gas Investments (UKOG), the firm behind a potentially huge oil discovery at Horse Hill near Gatwick, has issued a second statement clarifying the size of the find following comments made by the company's chairman.

Shares dipped more than three per cent in afternoon trading after spiking as much as five per cent higher this morning.

"Specifically, the company repeats it  has not undertaken work outside of its licence areas sufficient to comment on the possible oil in place in either the approximate 1,100 square miles of the relevant Jurassic section of the Weald Basin  or the whole of the Weald Basin," UKOG said in relation to comments made in the Evening Standard.

Speaking to the newspaper last Friday (1 May) David Lenigas responded to the question of whether the original estimate of 100bn barrels – which was first clarified in mid-April less than a week after news of the discovery made headlines – was an overstatement, saying:

"We said we believed there were 158m barrels per square mile and we own 55 square miles. We think we can recover three per cent to 15 per cent – that’s 100 billion barrels.”

Referring to a previous clarification it made on the size of the find, he said: “All we said was that the oil we found did not constitute either ‘contingent or prospective resources or reserves’. It was paragraph 11 of what we’d said originally, and we made it paragraph three. We moved a paragraph, we didn't move our own position.”

"So, could there be 100 billion barrels under the Weald?" Lenigas was asked.

Shares in the Aim-listed oil investment firm rocketed more than 300 per cent in intraday trading on the day it announced the oil discovery in part of the Weald Basin, an oil field spanning Sussex, Surrey, Kent and Hampshire.