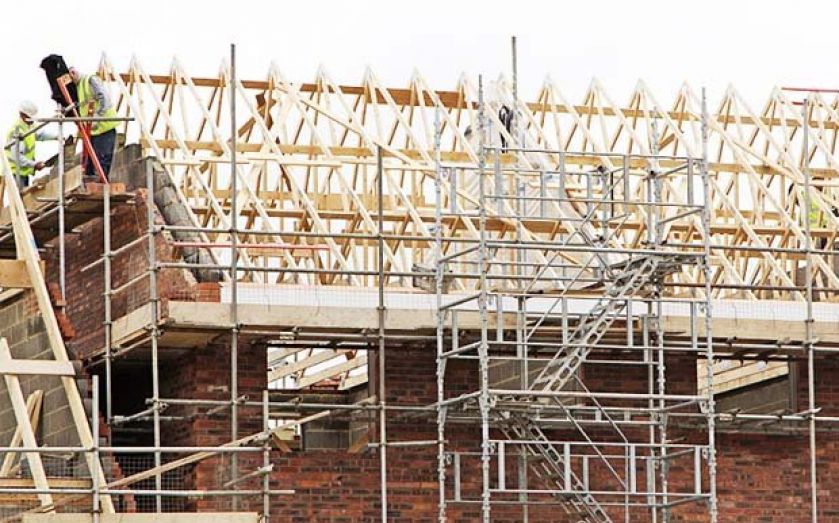 THE NEXT government must commit to build 1.5m homes by 2020 to stem an emerging social and economic crisis, according to a report  released today.

Westminster think tank Policy Exchange has calculated that the UK desperately needs to build 300,000 houses every year between the next election and 2020, more than twice as many as were constructed during 2012-13.

Further research released this morning shows the scale of the challenge. PwC predicts that housing and utility prices will continue soaring upwards, and will take an increasing chunk of squeezed household incomes. By 2030, the firm’s researchers forecast that property and utilities will make up 30 per cent of household spending, up from 26 per cent during 2012. Only six year years ago, in 2007, the figure was as low as 21 per cent.

Yesterday, real estate firm Savills said that it expects the average UK house price to rise by a quarter over the next five years. The firm said that 50,000 homes a year need to be built in London to meet demand from a growing population, roughly twice the current rate.

Savills also projects that London renters will pay the biggest price for the chronic shortage of homes: mainstream London rents are expected to increase by 25.8 per cent by 2018. Mortgage lender Halifax also weighed in, saying that house prices across the country have already risen by 6.9 per cent between the three months to  October in 2012 and the same months this year.

All four reports add to the mounting evidence that the UK’s property market is heating up, with swelling demand and limited supply,  even as wages stagnate.

Halifax ascribed some of the surge in demand to chancellor George Osborne’s controversial Help to Buy scheme, in which the government guarantees riskier high loan-to-value mortgages.

Only 145,910 homes were built in 2011-12 according to DCLG, one of the lowest numbers in postwar history. Despite the dramatic shortfall of housing, official figures released yesterday by the Office for National Statistics expect that the UK’s population will grow by over six million within the next decade and a half, pushing past 70m in total in 2027. The UK population will hit 73m by 2037, up almost 10m on the 63.7m recorded in mid-2012.

Policy Exchange also said that increased property taxes are not the solution to the UK’s supply problem.

The research shows that the UK’s real estate taxes are more than twice as high when measured as a chunk of GDP than the average country in the Organisation for Economic Co-operation and Development.

Alex Morton, the think tank’s head of housing said: “Policymakers should ignore calls for a new round of property taxes, and instead commit to spreading the benefits of homeownership and stabilising the UK economy by building at least 1.5m new homes over the course of the next parliament. This means serious reform of the planning system and creating new ways to deliver housing.”