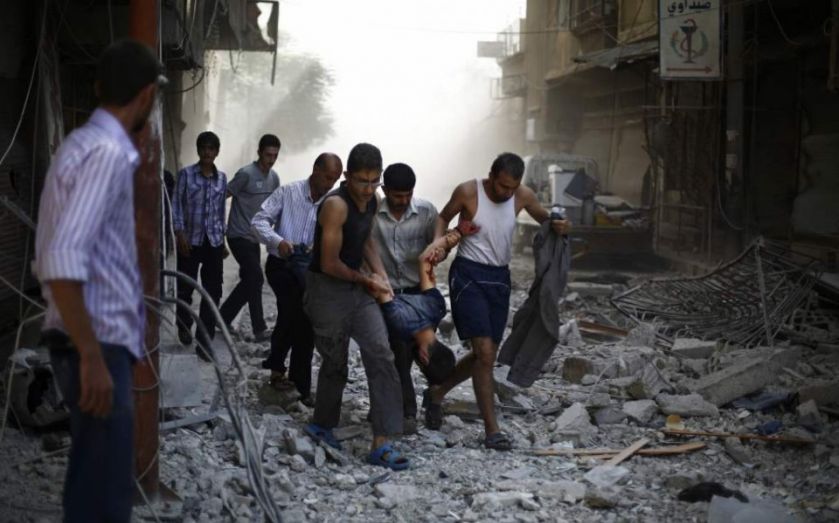 The UK government has called on Russia to cease its air strikes on Syria "immediately", claiming many of the attacks so far have resulted in civilian deaths rather than Islamic State militants.
Along with governments from the US, France, Germany, Qatar, Saudi Arabia and Turkey, the UK said it was deeply concerned by the escalation of Russia's military in the country after its parliament approved intervention earlier this week.
Yesterday Russia claimed it had successfully targeted militants from Isis, saying it had destroyed an ammunition depot and control centres – however the US and allies have claimed strikes had mainly hit non-Isis opponents of Vladimir Putin's ally, Syrian President Bashar al-Assad.
Air strikes have apparently hit locations such as the strategically important town of Jisr al-Shughor, as well as areas in provinces Idlib and Hama, according to Lebanese media. Attacks have also been reported in Homs.
Russia claims to have struck 12 Isis positions in the first 24 hours of its mission.
Today the UK released a statement saying: "We express our deep concern with regard to the Russian military build-up in Syria and especially ‎the attacks by the Russian Air Force on Hama, Homs and Idlib which led to civilian casualties and did not target Da’esh. ‎
"These military actions constitute a further escalation and will only fuel more extremism and radicalisation.
"We call on the Russian Federation to immediately cease its attacks on the Syrian opposition and civilians and to focus its efforts on fighting Isis."
Share