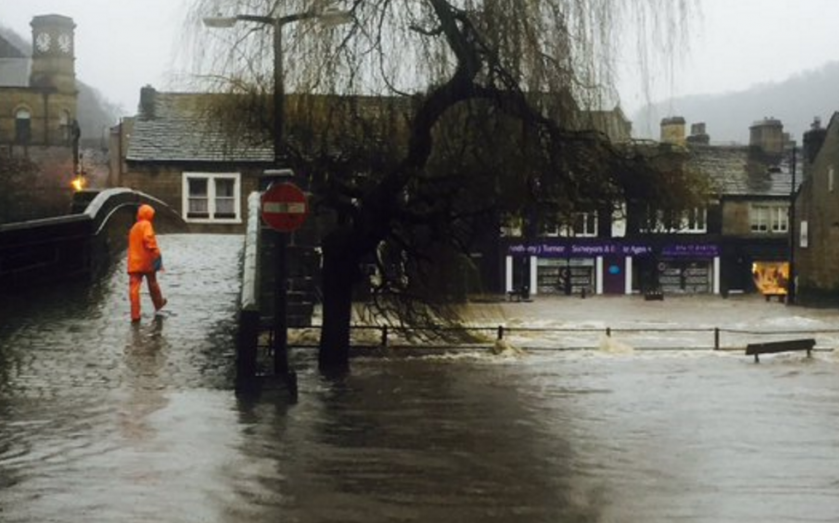 The economic damage of the torrential rains and floods that are forcing hundreds to flee from their homes in northern England could be as high as £1bn.

Storm Eva has struck Yorkshire and Lancashire hard over Christmas, flooding many of the same regions that were hit by Storm Desmond just weeks ago.

Although it may be too early yet to know the full economic damage arising from the submerged roads, power outages and flooded homes, PwC has estimated that the December storms will slam the UK with economic losses between £900m and £1.3bn, with the insurance industry bearing up to £1bn of this.

“After Saturday’s torrential rain, and with rare "danger to life" warnings issued, the economic damage to the UK could be significant,” said Mohammad Khan, general insurance leader at PwC.

This means insurers must brace for losses nearing twice the level of the devastating 2012 floods, which cost the UK economy an estimated £600m and caused a £200m set back to businesses, which suffered an average of £60,000 damage each.

Storm Eva is likely to put a dent in insurers’ 2015 profits, despite it having been an unusually benign year up until December, Khan added:

The additional damage from Storm Eva and any further damage caused by additional rain will impact relevant insurers' year-end profitability.

And it could reach higher still: Another five inches of rain is forecast for Sunday, and if rain continues to fall in large quantities, PwC estimates that economic losses could top £1.5bn.