UK EdTech company Scanning Pens Ltd. has been recognised for their outstanding successes in the field of international trade 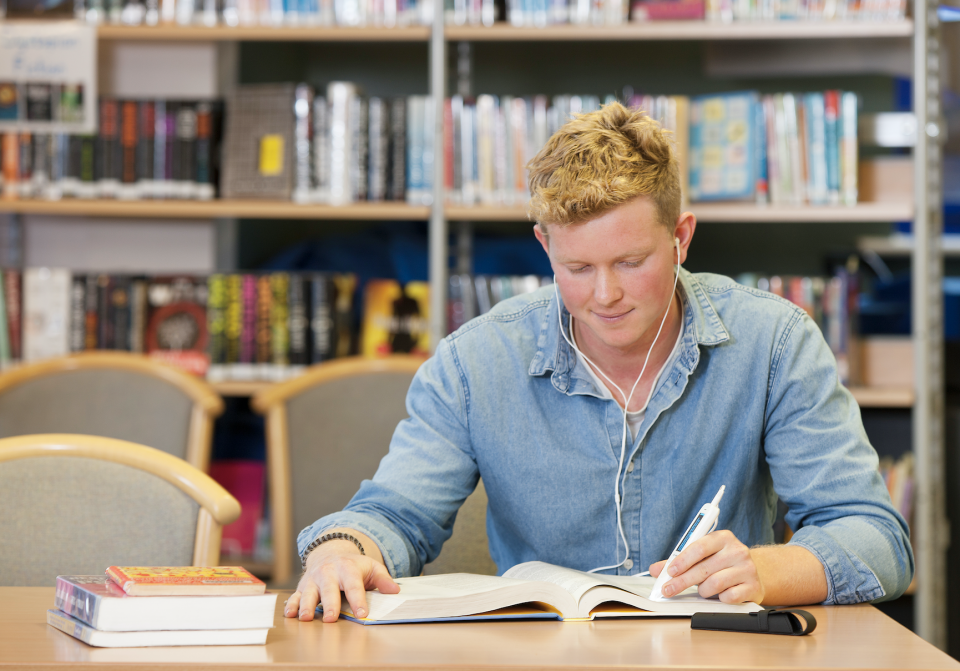 Jack himself has dyslexia, and has worked tirelessly for the past decade to establish Scanning Pens at the heart of the global dyslexia community, building the resources to truly change the narrative for people with dyslexia and literacy differences.

Scanning Pens devices represent a huge quality-of-life change for neurodiverse people, and work by allowing users to scan through and listen to texts via an audio feedback system. Removing the need for in-person readers and modified texts, they make reading an independent act, and help people who struggle with reading able to engage with texts in the same way a neurotypical person might.

Alongside an expert team, Jack & Toby have directed Scanning Pens’ efforts in recent years not only towards supplying their award-winning text-to-speech technology to markets the world over, but also raising awareness and campaigning for greater support of people with low literacy. Gaining JCQ approval of their ExamReader Pen so everyone can now access questions on exam papers in exams, creating a secure text-to-speech technology pen for use in business and prisons, and spearheading a global dyslexia positivity movement Succeed With Dyslexia, Scanning Pens have developed a uniquely hybrid model of tech supply and community engagement.

Scanning Pens, too, are no stranger to the prestigious recognition of international business growth: in March 2021 the Department of International Trade recognised their outstanding international sales and named them Export Champions for the third year running.  As a company they proactively reach out and encourage other businesses to become exporters. 2020-1  has seen further expanding markets in territories such as the US, India, Australia and Canada and developing new markets in other countries all over the globe. With rapid post-Brexit expansion in the first and second quarter in Europe, the pandemic has seen the EdTech boom going truly global – and Scanning Pens are dedicated to sharing their innovation with the world.

Jack himself had this to say on the award: “To be recognised by the Queen’s Awards for Enterprise is the highest honour in business.  We’re thrilled that our dedication to literacy and reading accessibility has been acknowledged in such a way that celebrates the commitment of everybody here at Scanning Pens.”

This win by Scanning Pens represents a paradigm shift both in the global business landscape and in the world at large. A motion towards greater inclusivity is slowly becoming less of an aspirational future and more of a reality, and the efforts of businesses like Scanning Pens that support the experiences of neurodiverse people are at the heart of powerful change.