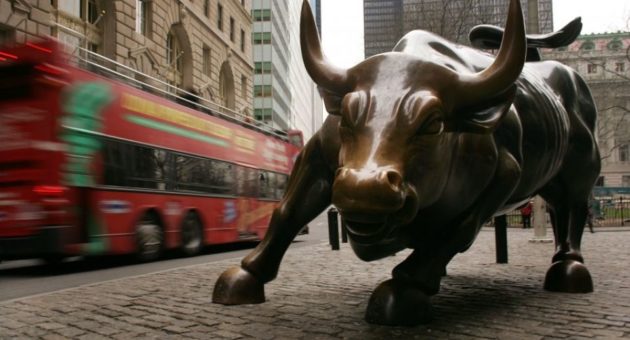 The UK ended 2016 on a high as economic growth in the last three months of the year showed little sign of a hit in the aftermath of the Brexit vote.

The economy grew by 0.6 per cent in the fourth quarter, beating economists’ expectations. This means the UK economy grew by two per cent over the course of 2016, the fastest of the G7 developed nations, according to the Office for National Statistics.

Economists had expected slightly slower growth of 0.5 per cent to end the year, although the annual rate was in line with consensus expectations of economists compiled by the Treasury.

Kallum Pickering, senior UK economist at Berenberg, said: “Brexit did not have a major effect on the UK economy in 2016,” although he still expects leaving the EU to lower UK trend growth over the long term as migration, trade and investment are hit.

The growth was sustained by strong retail spending as UK consumers continue to drive the economy.

Higher than expected consumer spending was held up by Andy Haldane, the Bank of England’s chief economist, as the most important factor in the UK’s strong economic performance.

However, economists still expect growth to slow over the course of 2017, with higher inflation in particular threatening to hit UK households.

Samuel Tombs, chief UK economist at Pantheon Macroeconomics, said: “The economy’s brisk growth at the end of 2016 has all the hallmarks of being driven by an unsustainable consumer spending spree.

“The pick-up in inflation and slight decline in employment in the fourth quarter suggest that real households’ incomes were no higher than in the third quarter, so consumers appear to have turned to debt to spend more,” he added.

The strength of the UK consumer is not set to last: sterling has fallen by around 15 per cent against the US dollar since the Brexit vote, which will inevitably feed through to consumer prices. Factory gate prices are already growing at a rate of 2.7 per cent.

Michael Martins, an economist at the Institute of Directors, said: “As inflation increases and begins to eat into disposable income, consumption levels tend to naturally decrease or personal debt levels increase. The result is likely to be a slowing of growth in the short to medium term.”

Expectations vary as to the degree of effect the process of leaving the EU will have on the UK economy over the course of 2017. Economists almost uniformly predict slowing growth, with an average forecast of 1.3 per cent GDP growth for this year.

Meanwhile inflation forecasts consistently show prices rising at a faster rate, with an average expectation of 2.8 per cent inflation in 2017, 0.1 percentage points lower than the Bank of England's figures.