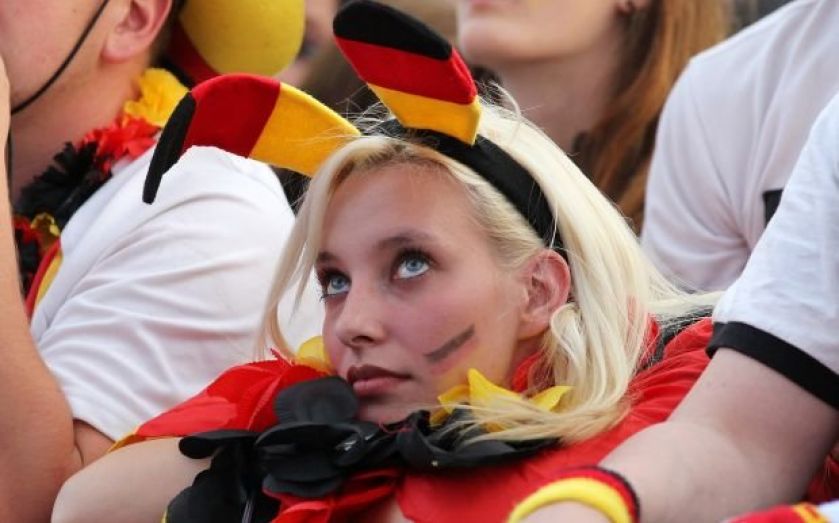 The love affair between David Cameron and Angela Merkel might be souring, but us Brits can't get enough of German goods – the UK has just recorded its largest ever trade deficit with Germany.
Germany has long been our largest trading partner, both in terms of exports and imports.  But between August and September increased by £200m taking it to an all-time high of £4.9bn.
Simultaneously, the UK has reached an eight-year low in its trade surplus with the US, falling to £1.6bn.
In total the UK's trade deficit widened by more than expected last month, pushing the pound down 0.2 per cent against the dollar.
Seasonally adjusted, the UK's deficit on trade in goods and services rose to £2.8bn in September, up from £1.8bn in August.
Drilling down into the figures a bit more shows it is our consumption of goods creating the headache for those in government – we had a deficit of £9.8bn in that sector, compared with a surplus of £7bn in services.
Our goods deficit widened by £900m between August and September, with an increase in imports – particularly from outside the EU – growing at a faster pace than our export growth.
All that means between the second and third quarters of this year, the deficit in goods widened by £900m to £29bn, as a result of both falling exports – down £300m – and rising imports – up £600m.
Here's our top ten trading partners by import:
And our top ten trading partners by export: