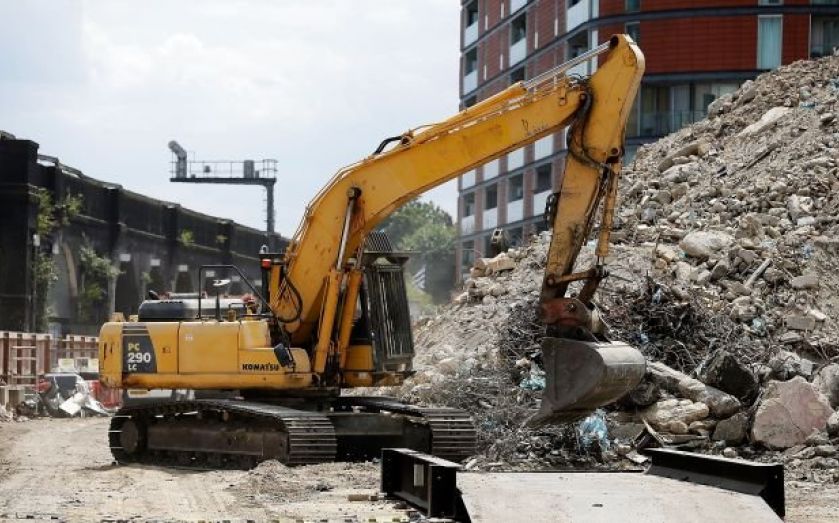 UK construction powered ahead last month, with the Purchasing Managers Index (PMI) rising above consensus expectations.
August's construction PMI rose to 64 – its highest since January, and well above the consensus line of 61.5. The markets had been expecting a drop from July's level of 62.4.
It is also above its average of 54.3 across its lifetime, which runs from 1997, according to analysts at IHS Global Insight.
IHS' chief UK and European economist Howard Archer said:
“This is a very positive and encouraging survey from every perspective. The purchasing managers report that construction sector was hot in August – unlike the weather. This is contrasts with recent signs that manufacturing activity has eased back.”
Archer however noted that construction only makes up 6.3 per cent of the UK's GDP, noting that tomorrow's services PMI would “provide important evidence as to whether UK growth is losing any momentum overall”.
Within the construction sector, housebuilding leads the way in confidence, as it has done for most of the last 18 months, but it looks as though other disciplines such as commercial and civil engineering are also growing strongly.
Both Archer and Berenberg's chief UK economist Rob Wood noted that there was continued uncertainty over the Bank of England's next move,  as it is “currently assuming there is still enoguh slack in the economy to allow interest rates to stay on hold until next year”, Wood said.
Longer-term there might also be an issue around the cooling of London's housing market, with data out last month from the Royal Institution of Chartered Surveyors suggesting the market is “going into reverse”.
Share:
Tags: Construction industry