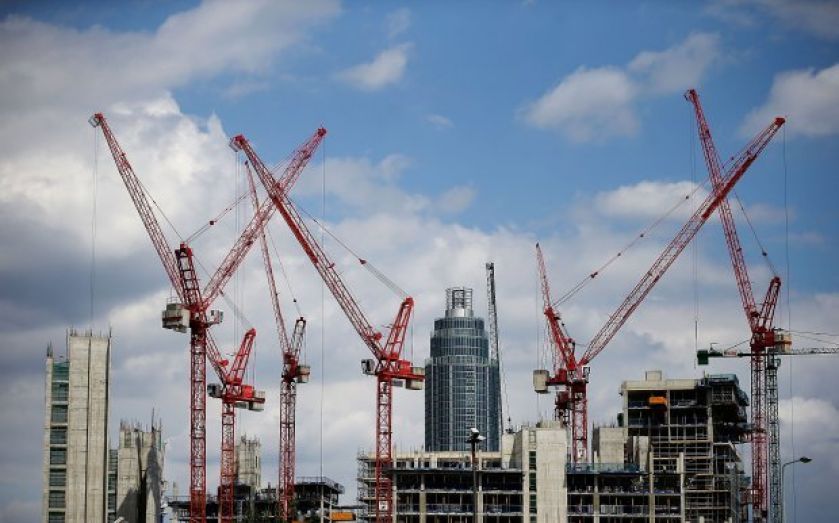 Activity in the UK's construction industry fell to its lowest level in five months during October, figures out this morning showed.

Markit's purchasing managers' index (PMI) for construction, which measures activity in the sector, fell to 61.4 in October, down from 64.2 in September. Any number above 50 denotes growth in activity, so the industry is still comfortably in growth territory – but October's figure was much lower than the 63.5 expected by economists.

The construction sector has been hit by a slowdown in the housing market. Figures by Nationwide last week suggested annual growth in house prices slowed to nine per cent in October, from 9.4 per cent in September, while the Bank of England said last week that mortgage approvals had fallen to their lowest in 16 months thanks to new "cooling measures".

But Howard Archer, chief European and UK economist at IHS global insight, pointed out that the index is still "substantially above" its lifetime average of 54.5.

New orders growth in October was at the equal lowest level with May since September 2013 [but] was still elevated compared to long-term norms. Interestingly while the purchasing managers reported that “anecdotal evidence pointed to strong underlying demand for new construction projects, they also reported that “there were some reports of delays to new contracts amid signs of a growth slowdown in the wider UK economy.”