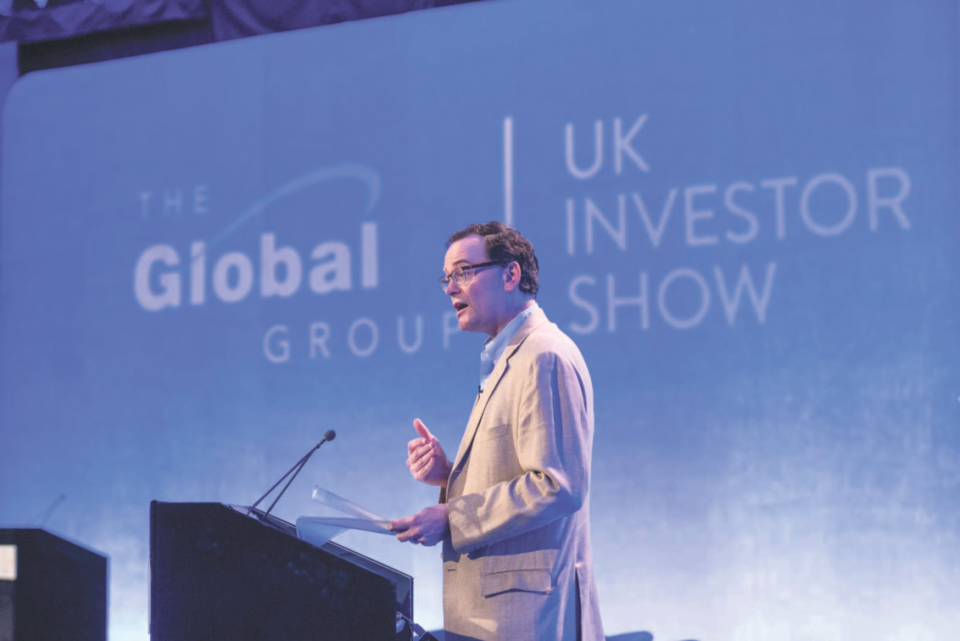 As City AM is chatting with Mark Slater, warnings of a ‘No Deal’ Brexit are again flashing across the media headlines. The biggest news story in town is impossible to ignore as Theresa May, Donald Tusk and co make painfully incremental progress in their high-stakes discussions about Britain’s EU exit. But as the politicians flounder, Slater’s focus – naturally – is on what will happen in the markets.The 49-year-old fund manager says: “With Brexit we are close to a resolution, one way or the other. ‘No Deal’ would clearly spook the market at which point UK equities would be a magnificent buy. All the bad news would be fully reflected in share-prices, and UK and international investors would be scrambling to get back in. The waiting and drifting would be over.”Investors want certainty – businesses are crying out for it. ‘No Deal’ is, in a sense, an outcome, even if it would effectively constitute a screeching emergency-stop with a phalanx of very agitated travellers urging clarity on the new route ahead.Slater, who co-founded Slater Investments almost 25 years ago and is chairman and chief investment officer, says: “[With Brexit] I don’t think it pays to speculate on anything. For an asset manager, or any investor, you’ll go mad if you try to predict every political event. My advice would be to invest in businesses that will do well doing their own thing, come what may [politically].“Markets tend towards efficiency although they are regularly inefficient for periods of time. This means that, when you buy an undervalued business, the odds are against you being able tofinesse the timing of a re-rating. A patient, long-term approach makes the most sense.”Over the past couple of years international businesses have been seeking to ‘Brexit-proof’ themselves by investing further in – or indeed setting up – subsidiaries on the other side of the English Channel. As an example, UK airline EasyJet has established a subsidiary in Austria.Slater, speaking to City AM from his office just off Cannon Street, reflects: “All British firms that needed a European subsidiary have probably done it. They have had about three years to sort it out.” But he adds: “These kind of things pop up all the time.”This observation reflects Slater’s perspective that although Brexit is undeniably important, many businesses are wrestling with more potentially challenging concerns.By way of example, Slater points out that the auto industry – with its famously cross-border supply-chains (car-makers have been particularly noisy about Brexit’s potential impact) – is also challenged by issues such as the move away from diesel and US tariffs. He believes these issues are “far more significant” than Brexit.Slater says that he has no exposure to businesses with European supply-chains but cites house-building as a sector impacted by the aftershock of Britain’s 2016 referendum in which he has – or at least had – an interest.“House-builders are more exposed. They are very highly geared to changes in consumer sentiment and falling house prices,” he says. “We did have significant exposure in the run-up to the referendum and we rode that exposure through the referendum and added afterwards. The whole sector was down about 40% in one day. But we sold all of our traditional housebuilders at the end of 2017 as we felt that the house-price headwind was strengthening.”We discuss exchange-rate volatility and Slater cites his interest in UK-based travel retailer On the Beach Group. He says: “In the event of a No Deal there would be a move on Sterling. But On the Beach is a relatively small exposure for us.”Looking globally, he points out that 2018 was “difficult for all asset classes – none beat inflation. This was the case in places like China and the USA, too, so it clearly wasn’t Brexit [that was the primary cause of under-performance].”But he says: “A huge amount of capital has left the UK – UK assets have definitely been unpopular for the past couple of years.”Naturally positive, he adds his perspective that “UK assets are very compelling when looked at on a global basis, particularly outside the main indices”.He continues: “Medium and smaller companies were hit particularly hard in the fourth quarter of 2018. UK equities have been the most unpopular asset class for UK investors almost every month since mid-2016 based on industry fund flow data and most international investors have sold their UK equities. Prices are back to where they were circa 2012-2013.”Slater is speaking to City AM ahead of The Global Group UK Investor Show 2019 at Westminster’s Queen Elizabeth II Centre on Saturday 30 March – by coincidence the day after Britain’s proposed EU exit. He jokes: “One thing’s for sure – we’ll know more then [about Brexit] than we know now.”To claim your free Investor Class ticket for The Global Group UK Investor Show 2019 on Saturday 30 March, visit www.ukinvestorshow.com/tickets and enter CITYSLATER as the discount code
Share:
Tags: Brexit Donald Tusk People Theresa May