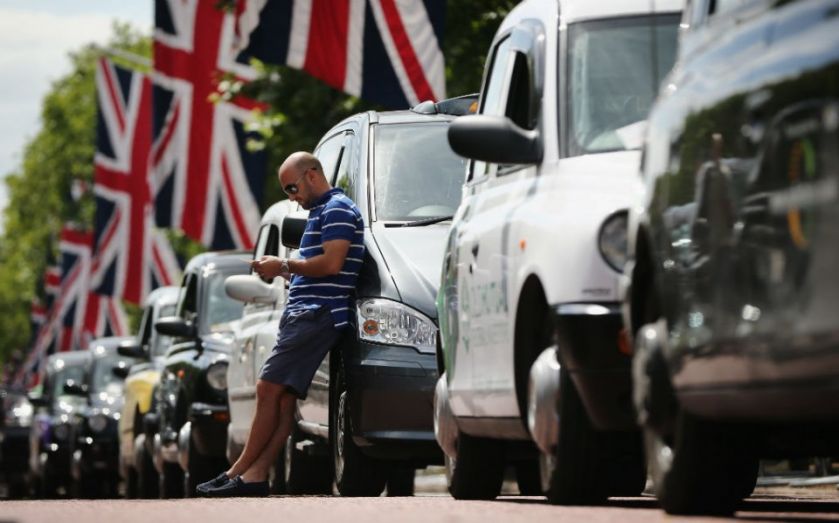 Uber's fightback against draconian new laws that would limit the use of taxi ordering apps in the capital has attracted more than 125,000 supporters in the days since the campaign was launched.

Thousands of people have signed a petition of support set up by Uber late on Tuesday evening, responding to TfL's proposals to impose a minimum waiting time on journeys.

The consultation on new regulations for private hire vehicles includes plans for a minimum waiting time of five minutes– even if a car is immediately available – while sharing a ride with other people would be banned, as would displaying nearby drivers’ availability on apps. The rules would apply to Uber and other ride-hailing apps.

Black cab drivers and rival minicab firms yesterday claimed triumph in their battle to get TfL to curb Uber with the proposed new laws.

They have long argued that Uber has been allowed to flout existing rules, with "ehailing" a particular grievance, and called for regulation to be updated to take into account new technology in the interests of safety.

However, tens of thousands have put their backing behind Uber by signing the petition, aimed at gathering public support against the plans. They signed their names to a letter to TfL which reads:

I’ve recently heard of the proposed regulations that TfL is looking at for private hire in London.

I am concerned that some of these proposals will make it harder for me to get a convenient and affordable ride at the tap of a button, something that I – like millions of Londoners – have come to rely on. Technology that makes it safer and easier to travel around the city should be encouraged not restricted.

Moreover, the proposed regulations restrict the flexibility of drivers to drive for more than one company. I have concerns about the effect this will have on a service that tens of thousands of drivers rely on to help earn a decent living. Uber is attracting a lot of drivers, because it offers a service that no one else does.

As one of the millions of Londoners who use Uber, I want to have my voice heard.

The proposals, which are open to public feedback for 12 weeks before TfL makes a final decision in the new year, have been put forward based on the results of an initial consultation which took place over the summer.

Read more: Why driverless cars are still a distance away

TfL insists the proposals have been put forward in the interests of keeping passengers safe and ensuring a good service for customers, and that they are not targeted at any one operator.

What free market? Once again politicians and vested interests conspire against competition and efficiency http://t.co/VeImXtwaYr

Uber drivers/customers are vanguard of free enterprise. @TfL should stop trying to dis-invent sharing economy: wrong side of history