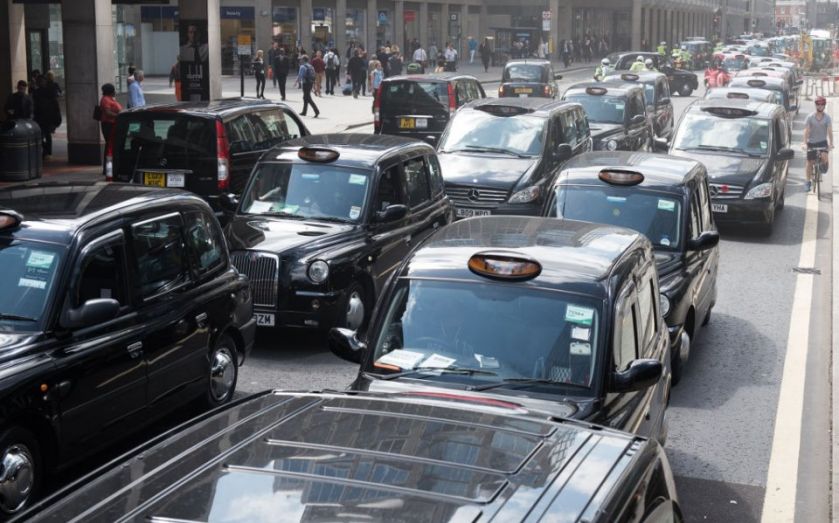 Taxi drivers and rival minicab firms have been handed a boost after Transport for London (TfL) bowed to pressure and proposed a range of measures that would hammer much of Uber’s business model.

A minimum waiting time of five minutes could become law – even if a car is immediately available – while sharing a ride with other people would be banned, as would displaying nearby drivers’ availability on apps.

The proposals are included in a consultation document published by TfL this morning, a leaked version of which was seen by City A.M. yesterday. Just last month the head of a taxi drivers’ union boasted of its influence over the consultation.

“All of the proposed regulatory changes were proposed by the [taxi] trade in our response,” said Steve McNamara, head of the Licensed Taxi Drivers Association (LTDA), writing in trade magazine Taxi.

The proposed new laws are based on the results of a consultation over the summer, which was responded to by “thousands of LTDA members,” the taxi boss said.

The documents detail proposals which will curb several features of the popular car ordering app which have helped it become one of the most highly valued startups in the world.

Uber said the rules, subject to a 12 week consultation period and a final decision by TfL in the new year, would be “the end of the Uber people know and love”.

“These bureaucratic new rules will not improve your ride. They’re designed to address the concerns of black cab drivers, who feel under pressure from increased competition. But the answer is to reduce the onerous regulations cabbies face today – not increase them for everyone else,” said Uber’s Jo Bertram.

TfL denied that the proposed laws were aimed at any operator in particular and said they would “apply to all”. TfL’s chief operating officer Garrett Emmerson told City A.M. that the five minute rule was neither “unique” nor “unreasonable” and that Paris imposed a 15-minute wait.

“TfL has turned on a sixpence and is now trying to put the genie back in the bottle. We’re pleased that TfL has recognised the error of its ways,” Mike Galvin, Addison Lee's head of public affairs, told City A.M.

But Guy Levin, head of digital policy group Coadec, slammed the move. “The digital revolution is creating better and quicker services and people want that. To regulate against ease of use and the things that people love about Uber is a backwards step,” he said. "Regulators need a very good reason for impeding innovation.”